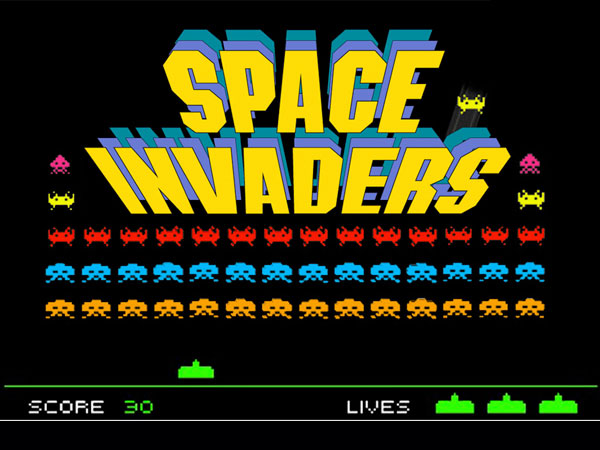 Created by Tomohiro and produced by Japanese electronic game manufacturer Taito Corp, 1978 saw Space Invaders hit arcades in Japan before making its way around the world.  Rumour even has it that due to its popularity in Japan, the ever-lasting arcade game led to a coin shortage and promoted an increase in production of the 100-yen coin. In 1980 Atari adapted a version for its Atari 2600 console, helping fuel the popularity of home gaming that we see today.

Space Invaders arguably paved the way the successful shooting genre that has produced so many popular games over the years, so simple but so effective.