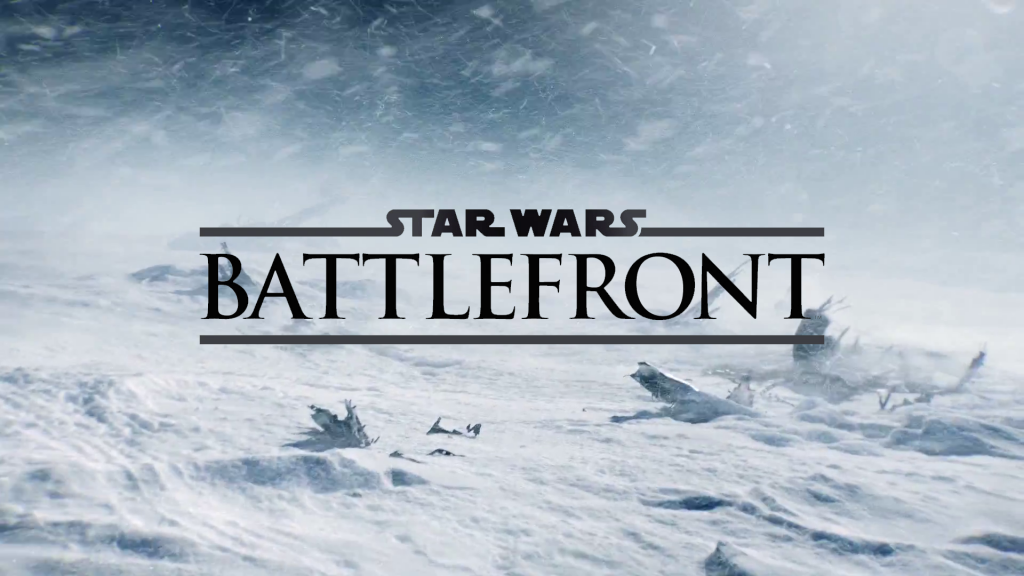 As I am sure you all know and sure most of you are excited for is the release of the new Star Wars Battlefront this December. This is a game that was teased at back at E3 a while back. As release date draws nearer we are hearing more news about the game. This news has also opened up the Pandora’s Box of controversy.

First I’m going to talk about the developers of the game. The game is being developed by DICE, the Swedish gaming company, responsible for giving us the Battlefield series. A popular FPS that personally brought me away from the Call of Duty franchise. They are well known for making big maps, use of vehicles and class based teamwork. This to me sounds perfect for the Star Wars Battlefront game, as the original games were focused on these ideals but perhaps on a simpler format to the Battlefield Franchise. I am sat in eager anticipation to see what they do with this, as to whether I will be able to play as a medic Trooper, Sniper Trooper or even a Demolition specialist. Now from recent teasers this looks to be highly plausible. However they are just engine footage. Not game-play so I am trying not to build my hopes up too high just in case. I am really hoping DICE won’t let fans down.

Now as you may not know the gaming side of the Star Wars franchise has been given to EA exclusively for the next ten years, which gives them full control over our beloved Sci-Fi Galaxy in gaming format. This makes me sceptical, I am sure if you typed into Google “EA meme” It will come up with a plethora of jokes about making money off DLC and releasing unfinished games. Scary? Damn right it is. However, I have faith in DICE. I never played Battlefield 4, so I never saw that release which I am told was buggy and botched. I did however play Battlefield 3 which I thought was a gaming marvel. I think DICE will stand firm on releasing the content that we deserve come release day and they have stated they work on features after release to work them in. They don’t take things out to re-box as DLC. We shall have to wait and see what December brings.

All that being said; space battles, single-player and prequel characters and maps will not feature in the game. [Insert long streams of profanity here]. I can understand the lack of prequel characters and forgive that. Although I am a fan of clone troopers and battle droids. I can see past their exclusion. However a lack of single player is part of this next gen multiplayer is key feel. Sometimes I like playing alone through a gritty campaign, lights out and fully immersed in the game. I also enjoy multiplayer. I want both from a game otherwise I will get bored and move on quickly. Finally, space battles. [Profanity again]…

I cannot understand why they would exclude space battles. It is Star Wars after all, the key is in the name. The films portray epic battles with TIE fighters and X-Wings clashing around the Death Star or Rebel Cruisers storming against Imperial Star Destroyers. But we are not going to be able to witness this from a gamers perspective, from the game that gave us so much hope. Just planetary battles for now. This feels like a bit of a step back after the glory of Battlefront 2’s space battles and I think many people will feel the same.

Now, don’t get me wrong, I am still excited for this game. Just less excited knowing that it isn’t going to be a revamped Battlefront 2. This might just be nostalgia but I think that game was one of the best in the Star Wars franchise. Tell me what you think guys. Excited for the release? Bummed by the lack of something? Completely let down and no longer interested?

previousMCM Comic London - When We Rocked the Show