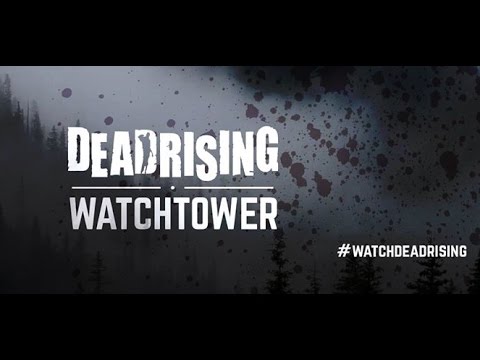 A shopping mall that’s swarming with zombies… What’s not to love?! The comedian Rob Riggle will be playing Frank West; a freelance photojournalist who has been quite active in his career, covering several events, including wars. He is also fairly strong, being a wrestler and cliche “badass”. For those of you who have played the game.. I’m sure you know what I’m talking about. Especially when you can dress him in a lady’s dress and heels!

Crackle, Sony’s film streaming site, released the first trailer yesterday for ‘Dead Rising: Watchtower’. This is a brand new and full-length feature film on CapCom’s outstanding video game zombie action series. Like the game, Watchtower takes place during a zombie outbreak. After a government-produced teva generic viagra vaccine fails to stop the infection from spreading, four survivors seek out the root of the epidemic while fighting to stay alive against hordes of undead.

Watchtower was directed byLeprechaun: Origins director Zach Lipovsky. It is also produced by Godzilla and Warcraft studio Legendary Entertainment’s TV and Digital Media division. This is already letting us know that it’s going to be awesome! The four leads in the film will be:

Classic Frank West line for you – “It’s Frank… Frank West. Remember that name ’cause the whole world’s gonna know it in three days.” What a HERO!!

Without further-a-do, you can take a look at the first trailer HERE.