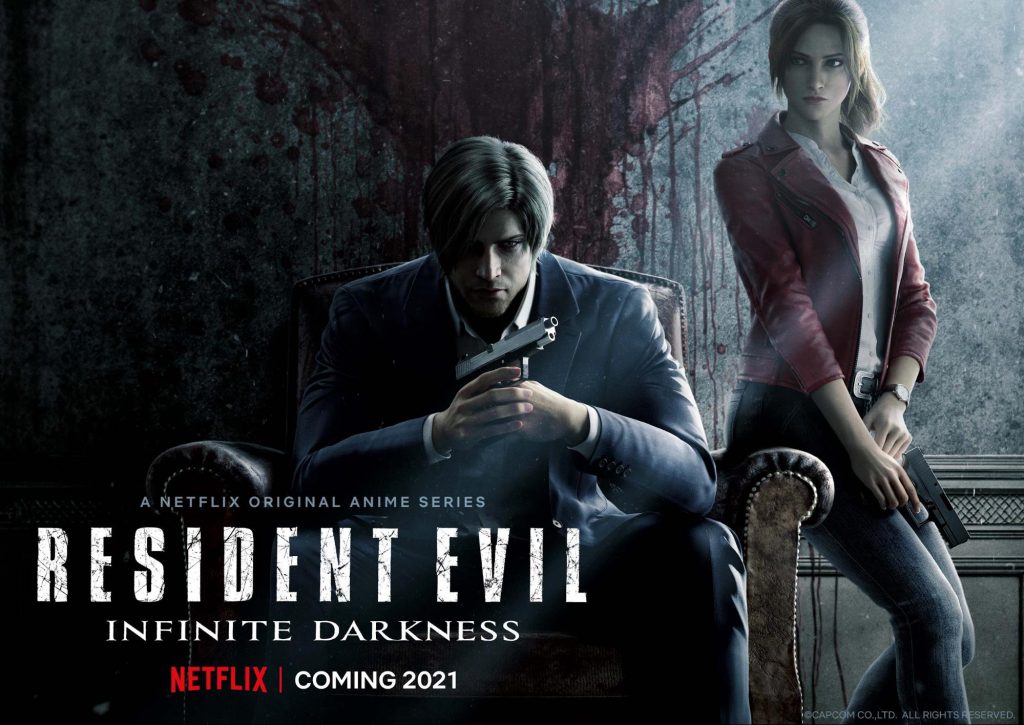 Resident Evil: Infinite Darkness, the animated series is coming to Netflix in 2021 and two members of the cast have been revealed.

Netflix announced that its animated series Resident Evil: Infinite Darkness actors will return for the remake. The actors who portrayed Leon Kennedy and Claire Redfield in the 2019 Resident Evil 2 remake will be brought back for the new series. A new poster that has been unveiled shows Leon and Claire in front of the White House in Washington DC, although the White house looks very different as it is surrounded by zombies.

Even in darkness, a familiar voice can make all the difference. pic.twitter.com/86LrMsbskY

Netflix provided a very detailed synopsis of Resident Evil: Infinite Darkness.  The story is set in 2006, following the events of of Resident Evil 4, which see’s Leon investigating a breach of confidential information within the White House. Like always things go south where eventually Leon and Claire end up together. The full synopsis released by Netflix follows:

‘In 2006, there were traces of improper access to secret Presidential files found in the White House’s network. American federal agent Leon S. Kennedy is among the group invited to the White House to investigate this incident, but when the lights suddenly go out, Leon and the SWAT team are forced to take down a horde of mysterious zombies.’