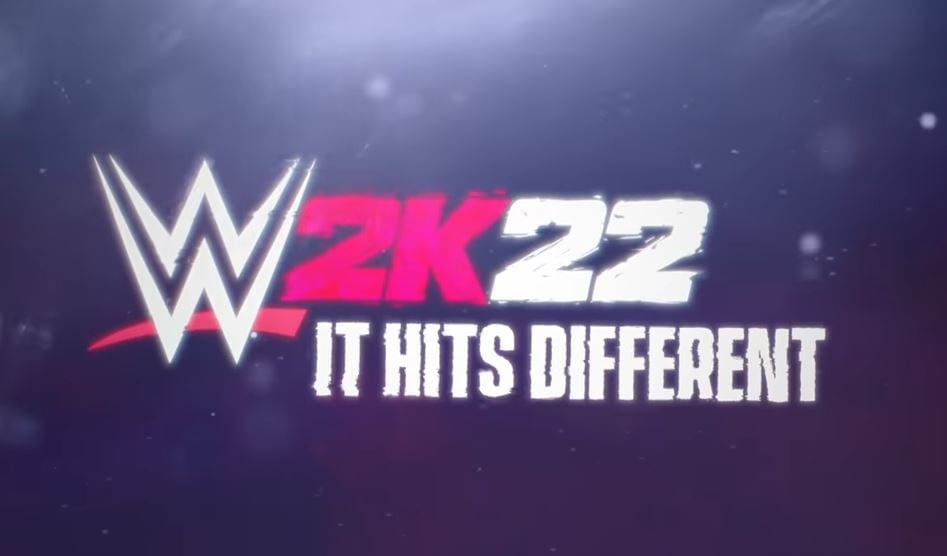 2K sports debuted the trailer for WWE 2K22 at Wrestlemania this weekend. The teaser trailer showed the improvements to the game such as character detail and featured the tagline ‘it hits different’.

This year’s wrestling game will be the first WWE 2K title since the unsuccessful launch of WWE 2K20.

WWE 2K20 experienced a huge number of technical issues when released, which resulted in one of the lowest Metacritic scores in 2K’s history. Former Double Helix studio head Patrick Gilmore was hired to take over WWE 2K as the franchise wanted a ‘renewed focus’ on quality. You can watch the teaser trailer for WWE 2K22 below:

In a Reddit Q&A, Gilmore unveiled details of the upcoming game and told fans to expect ‘a significant evolution in gameplay with the next instalment.’

‘Core gameplay is one of the major investments we’re making in the next instalment—one of six pillars we are focused on disproportionately in development.’

He continued to say ‘We are looking at much-loved previous games like No Mercy or Smackdown: Here Comes the Pain, along with top franchise instalments, and more modern wrestling and fighting games to build an all-new philosophical foundation for the game.’

The previous games in the series are available to purchase at Go2Games website:

previousOutriders patch for PC and PlayStation is here early