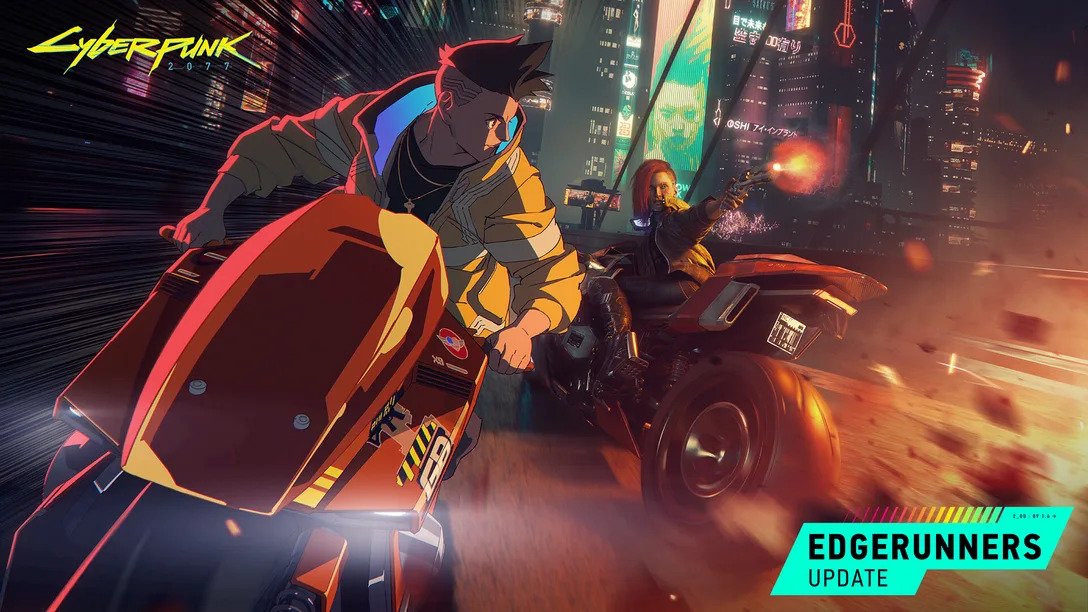 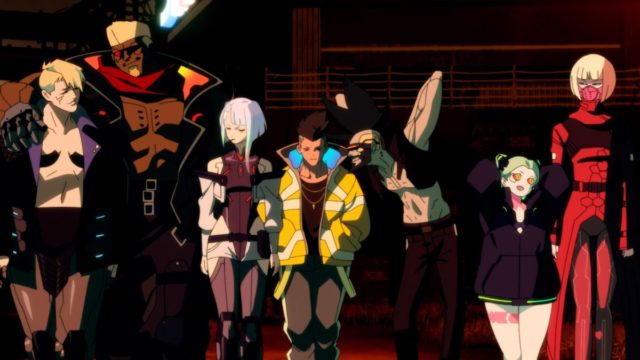 When you bring up the word Cyberpunk or Edgerunners in conversation in today’s day and age, you’re bound to conjure several images in people’s minds. Most would think of pictures of chromed-up bikers with monoband sunglasses and neon flooded streets. Those old enough to remember the original role-playing game will probably smile at fond memories of a rich world and characters. But say Cyberpunk to a gamer, and they would probably scowl, remembering the hype train around Cyberpunk 2077 derailing into a bug-filled crash on launch.

That is, until now. September saw the release of the anime “Cyberpunk: Edgerunners” on Netflix to critical acclaim from the anime community; Studio Trigger’s short ten-episode foray into the streets of Night City has served as a metaphorical adrenaline shot for what many saw as a slowly fading fandom. Without going into spoiler territory, the anime follows the path of David Martinez, a young Night City resident with a particular talent for enduring augmentation at a far higher threshold than most are capable of before being sent on an adventure within the setting.

That setting is perhaps the single most universally agreed upon masterstroke of CD Projekt Red’s 2020 RPG, a strong base that required time to correct that most would not give it. But correct and develop, they did, slowly but surely bringing 2077 up to the standard that lived up to the hype garnered during its fraught development cycle, even if by that point, most players had left the game for greener pastures. However, Edgerunners has changed that, using a combination of Studio Trigger’s expert writing and animation within the established world of 2077 to catch the attention of an audience on Netflix and, after showing them just how rich of a world Night City presents, sets them loose to play the game again.

With the addition of the Edgerunners update (patch 1.6), all augmentations, weapons and playstyles shown off by the characters in the anime can be emulated to perfection in-game, meaning that new and returning players alike can burn the city like their new favourite cyberpunks. And not only is it possible to rule the night as David or Rebecca, but it’s also optimal.

When you pair that with a deeply emotional and fast-paced show with high-quality acting from the likes of Giancarlo Esposito, it shows the audience what is possible within the setting and game, inspiring a colossal upswing in player count.

As shown in the above image, in August of 2022, the average player count for Cyberpunk 2077 was approximately 10,000 with a peak of 18,700, but with the release of Edgerunners, the average player count has more than doubled with the peak playerbase at a staggering 86,000 on Steam alone (Source: Steam Charts). As the show grows bigger, quickly becoming a classic, the word of mouth of Cyberpunk disseminated amongst well-known gaming personalities, bowling over those like the auteur Hideo Kojima by the show’s quality which bleeds over into the game itself:

1/2
I just watched "Cyberpunk Edgerunners" in one sitting! Awesome! Great! Under the recent domestic anime situation, there was a feeling that famous Japanese studios were consumed by the overseas market, but not this one! This is a miracle of squeezing the trigger to the world! pic.twitter.com/Q2fzRJDAVw

What does this mean for Cyberpunk 2077 and its future? The playerbase is quickly returning or discovering the world is much better than when they left it and having much more fun with the game than was possible. With more updates like the Edgerunner update on the horizon, there is the incentive and proof that not only is 2077 worth sinking time into and will keep expanding in the coming months and years. It’s safe to say that Cyberpunk Edgerunners is a beacon of showing just how much story and setting content and quality the game can provide, dragging 2077 back from the edge of obscurity and into the neon-drenched light of a cult classic.

nextYakuza/Like a Dragon 8: What dropping the Yakuza means?