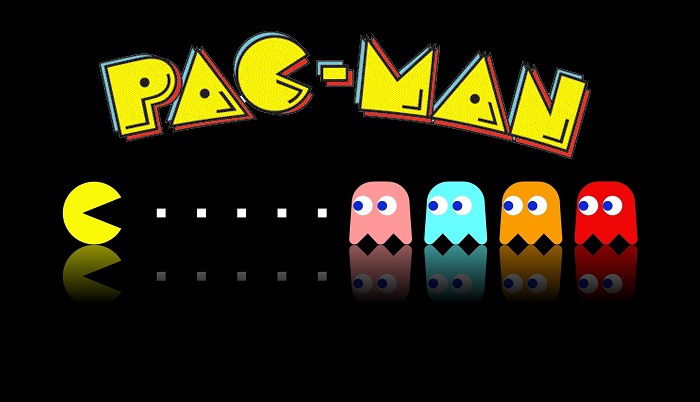 As surprising as it sounds, the idea for Pac-Man came from pizza. When 27 year old Toru Iwatani decided to order a pizza for dinner, it inspired him in several ways. The pizza gave Iwatani the design for Pac-Man as he had already eaten two slices, the rest of the pizza resembled a mouth. It also gave Iwatani the idea for the game, he wanted to create a game that was based on eating. Pac-Man was developed and published by Namco when it was first released in Japan and it was then licensed for distribution in the United States by Midway.

The idea of the game was that the player controls Pac-Man and has to eat all of the pac-dots so that you could move onto the next level. Trying to stop you from eating the pac-dots were four different ghosts that would chase you, when they make contact with you, you would lose a life. Alternatively you could eat the ghosts when you got one of four power-ups which were located in each of the four corners of the maze.

When Pac-Man was first released in Japan it didn’t get the best response due to the insane popularity of Space Invaders but after a poor start it was released in the United States and soon picked up. Pac-Man went on to make over $1 billion in its first year alone. Pac-Man is the second highest grossing video game of all time making a total $12.8 billion since 1980.

Pac-Man is still to this day, one of the biggest icons in popular culture. Now just imagine if Iwatani decided not to get a pizza for dinner that night…

previousBatman: Return to Arkham Delayed, No New Release Date Given.