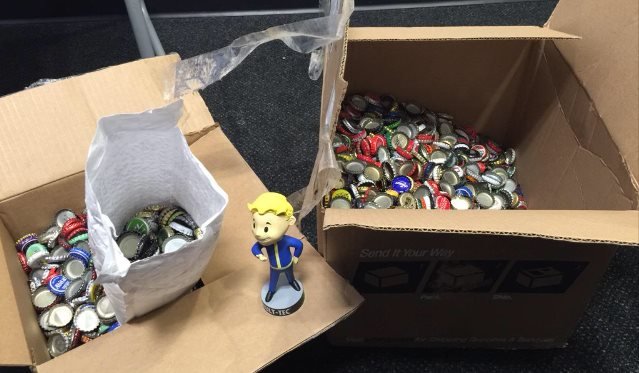 As reported last week, a Fallout fan attempted to pre-order the upcoming game with bottle caps, and their wish was granted. Bottle caps being the in-game currency used in the RPG franchise ‘Fallout’, massive fan ‘GatorMacheteJr’ decided to save up bottle caps since the last release of Fallout 3, collecting over 2,000 bottle caps and weighing more than 11 pounds. Bethesda community leader Matt Grandstaff has since confirmed on twitter that GatorMacheteJr will be receiving a Fallout 4 upon release.

Grandstaff did confirm though that it would only work for this fan, as he was the first; “For being first, he deserves the recognition.”