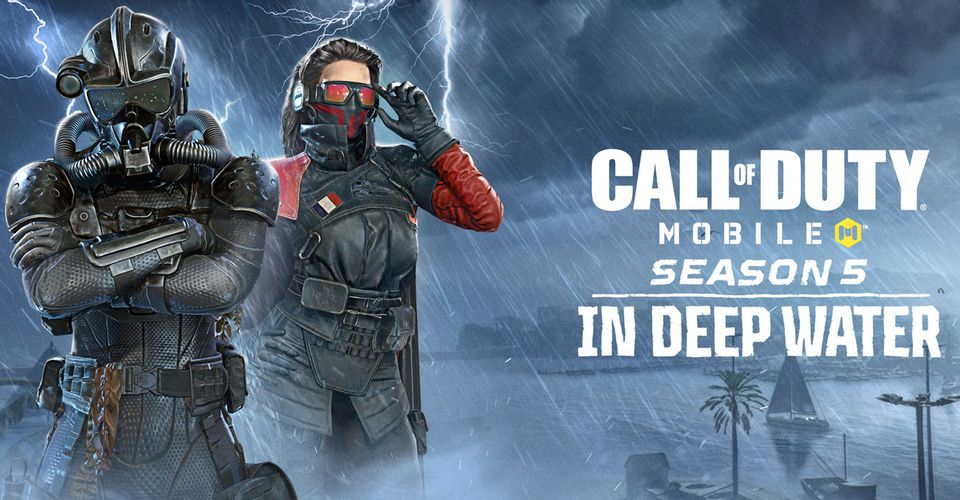 As Call of Duty: Mobile Season 4 wraps up, Activision has announced the theme for Season 5, mere days before its release.

The official Call of Duty: Mobile Twitter account has been slowly teasing the new content for the latest season. While final details are still unknown, they did announce what Season 5’s theme will be about.

Due to come out June 30, Season 5: In Deep Water is expected to make a splash amongst fans with its water-themed surprises and soaking-fun content. The new season is set to introduce several harbour-themed maps (new and returning), new weapons, and a brand new battle pass for fans to explore.

Past seasons from this year have been titled: New Order, Day of Reckoning, Tokyo Escape, and Spurned & Burned.

🗺 New location intel has been identified!

The three maps that were announced along with the theme are; Suldal Harbor, a map located on the Black Sea that will push players to battle between buildings and bunkers; Docks, a map located next to a London shipyard that hails from Call of Duty: Modern Warfare and was originally designed for 2v2 gunfight battles; and Aniyah Incursion, a map located in Central Asia which is another returning map from Call of Duty: Modern Warfare and will have players battle in a cloudy-rain environment.

The weapons being added so far are the CR-56 AMAX assault rifle and 725 double-barrel shotgun. It is unclear what the guns will do to the games’ current meta status, but the assault rifle has a reputation for being a steady low-recoil weapon and the shotgun is a more niche weapon that really packs a punch.

Fans are definitely excited to see the return of maps, as well as looking forward to the exciting content that’s to come. For now, we will have to patiently wait for the Twitter account to give us more information.

Call of Duty: Mobile is available on iOS and Android.