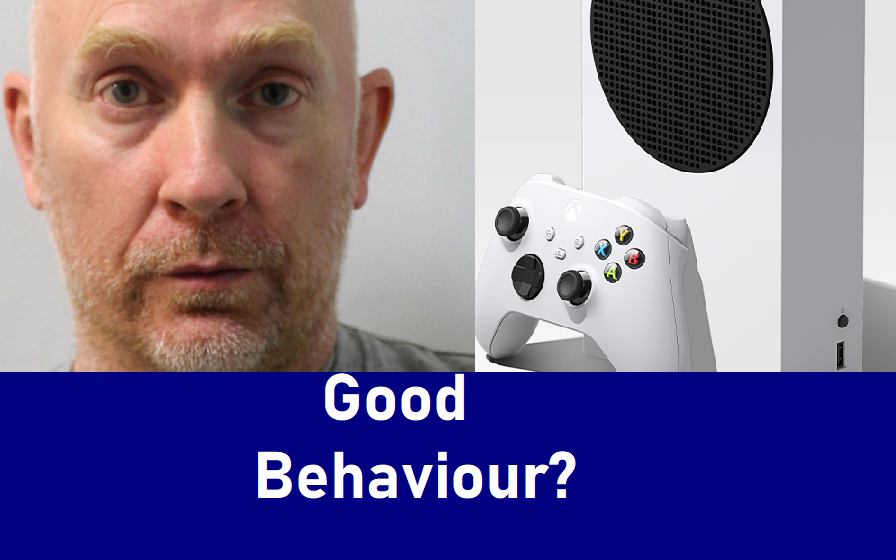 There are two wolves inside of me. One wants to see known criminals get punished as severely as possible and not receive any recreation at all, ever, no-sirree. The other is a disgustingly optimistic crying heart who thinks small luxuries like the odd Xbox game may help with combating isolation and mental health issues.

Having been previously denied any access to violent games, it’s been confirmed he’s allowed to buy an Xbox 360 as part of an ‘incentive scheme’ for £164.

Couzens, despite his wishes, is not allowed to play any 18-rated games, specifically pining for the latest Call of Duty or Gears of War. He was allegedly obsessed with guns leading up to his killing Miss Everard, so that’s likely for the best. And there’s a lot of wriggle-room for 16-rated and under games anyway… WHICH YOU CAN BUY RIGHT HERE AT GO2GAMES DOT COM! I’m talking Sonic All Stars Racing, COD Modern Warfare 2 may not be ideal, but it’s 16+ at least. Or if the man has an unexpected indie-artsy side, maybe he’ll enjoy Inner World: The Last Wind Monk (which sadly is not a Last Airbender knock-off).

That INCREDIBLY poor-taste ad-insertion aside: Couzens is (as far as I’m aware) isolated from other inmates and there are reasons to believe this could lead to negative effects on mental health. Abigail Thorn (whomst I stan severely) also has an interesting video drawing parallels between solitary confinement and torture. Furthermore, Couzens has, while imprisoned, attempted suicide and threatened to go on hunger strike, so it’s likely this Xbox measure could’ve been as much an incentive for his safety as that of others. It’s no therapy, but it’s a start at least.

What about the wolves inside me? If I’ve been coming off more wishy-washy than my usual fare here, that’s because I am. The left-groyper consequentialist in me loves seeing bad things happen to bad people who’ve done unforgivable acts. The avocado-toast-munching soy guzzler in me is empathetic enough to feel guilty when said bad things happen to said bad people! I’ll leave the moral complexities and conclusions up to you though. I know my writing strengths and they’re mainly making comically absurd nonsequiturs poking fun at corrupt industry figures or uncontroversial gaming news. Still, going outside comfort zones can help, I’m sure my next serious blog will have a less schizophrenic tone!