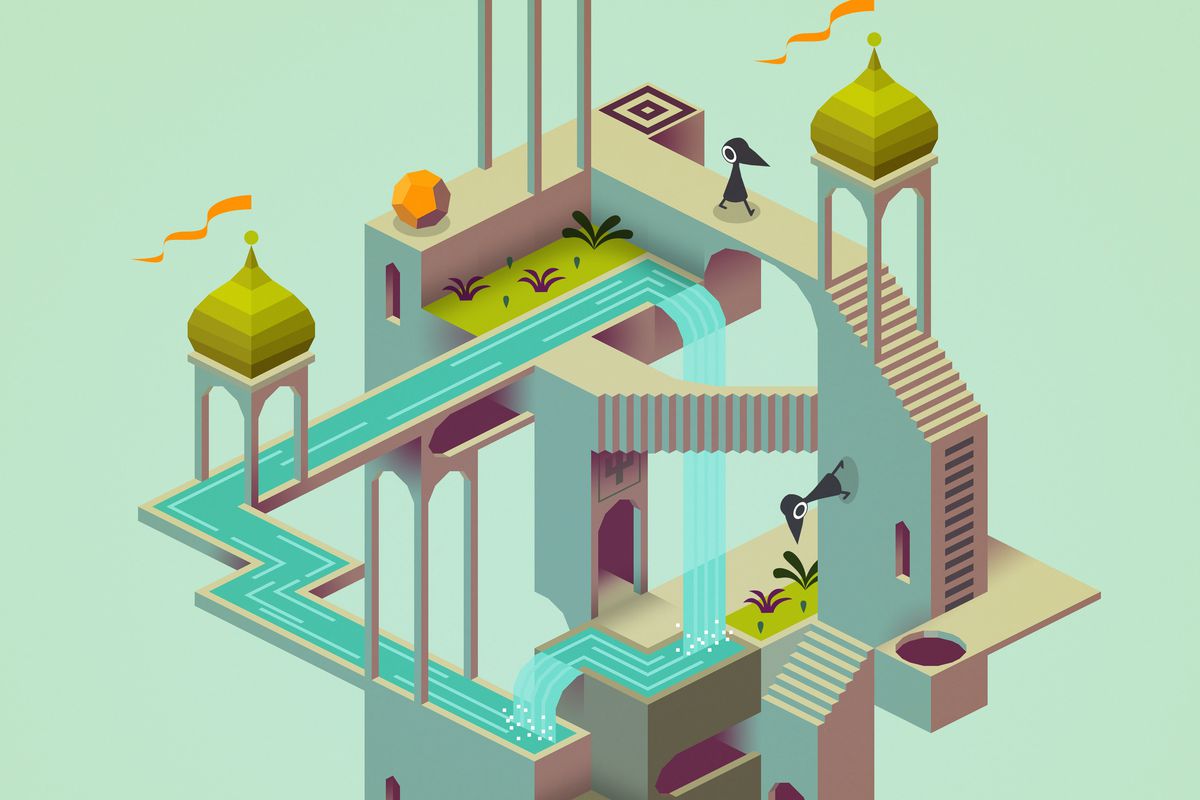 Puzzles on a bigger screen

Monument Valley, the picturesque puzzle game series where players must navigate maps full of optical illusions, will no longer be exclusive to mobile devices. The complete Monument Valley Panoramic Collection is set to arrive on Steam on July 12th and gives players a broader point of view that isn’t limited by the vertical orientation of phones and tablets.

Ustwo, the developer behind Monument Valley, says it had to make some adjustments to account for a wider perspective, as well as for the transition from touch to mouse controls. Kirsty Keatch, a programmer at Ustwo, said in a behind-the-scenes interview that while they designed the mobile version’s touch controls for “large fingers that might occlude the rotators and draggers,” the PC port changes things a bit. Keatch explained that Ustwo wanted to make it clear to PC players that their actions “could reveal different levels of interactivity” in Monument Valley’s world, and they did this by “glowing the draggers and the rotators” when users hover over them with a mouse.

The trailer for Monument Valley Panoramic Collection shows just how open the expanded worlds look, almost certainly warranting another playthrough just to experience the more immersive view. Even if you don’t want to replay the two games, you might not have to wait much longer for a new adventure, as a third Monument Valley is in the works.

We first heard about Monument Valley 3 in 2019 when Ustwo posted a job listing for the project. There haven’t been too many rumors about the third game since then, but John Lau, the senior producer at Ustwo, hinted at a new installment during the Pocket-lint Podcast in April. Lau noted that Ustwo is “staffing up for the next installment of Monument Valley” and that they’re currently in the “concept phase.”

Both Monument Valley and Monument Valley 2 will come with the same DLC packs available on the mobile versions, including Forgotten Shores and Ida’s Dream for the first installment and The Lost Forest for Monument Valley 2. The games are available separately for $7.99 each on Steam, or you can get 15 percent off by purchasing them in a bundle.