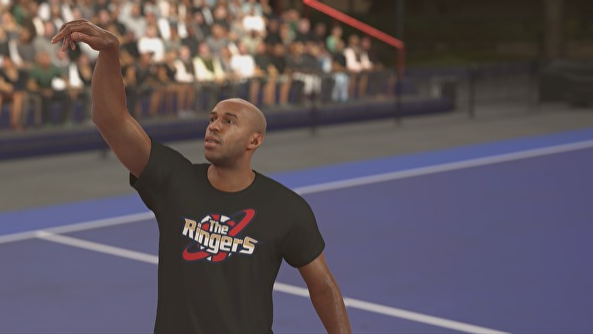 Thierry Henry is globally know for scoring lots of goals and he even won a World Cup while he was at it. The legendary striker has since retired from playing but is still heavily involved in football. Henry is currently a pundit for Sky Sports and the assistant coach for Belgium’s national side.

Bizarrely, 2K have placed Henry in their upcoming title, NBA 2K17. Henry joins other celebrities in the game, actor Michael B. Jordan and comedian Hannibal Buress.

Henry will mainly be a court-side celebrity but he will be playable in Blacktop mode which is a street basketball game.