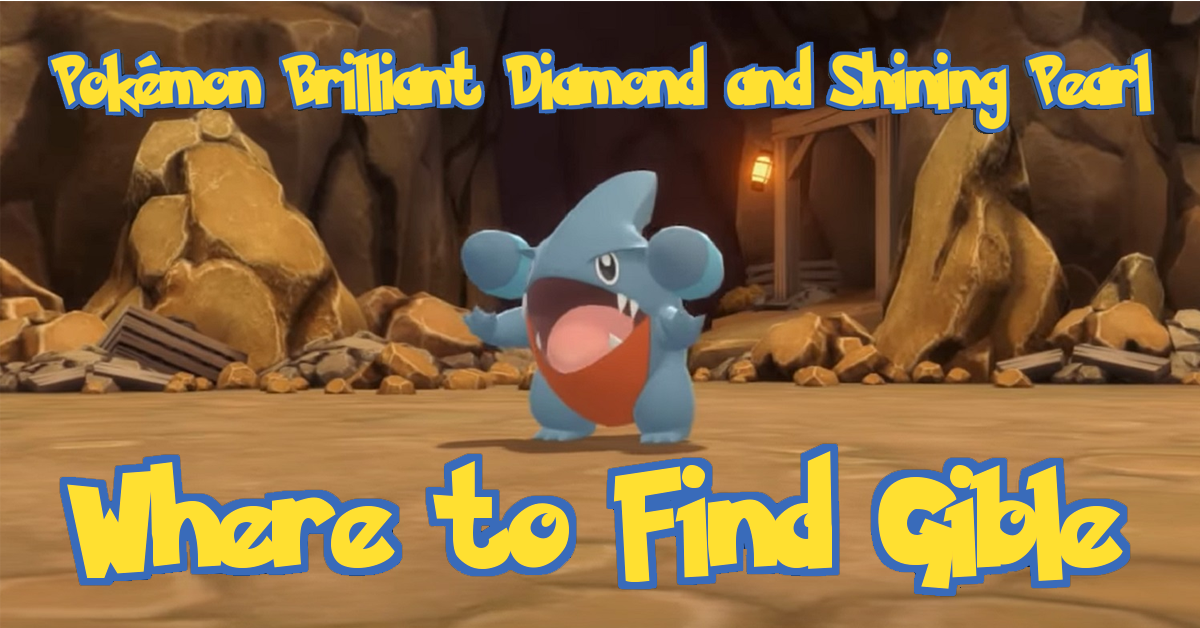 Despite the fact that Pokemon Brilliant Diamond & Shining Pearl are largely authentic remakes that stay true to the original games, Studio ILCA has added a whole bunch of new elements to modernise the fourth generation of Pokemon. One such change is the location of Gible – the first form of the Garchomp line.

I never actually caught a Gible in the original Diamond and Pearl, as I never actually knew where to find it. As badly as I wanted one, I never got round to finding it. Thankfully, the remade Sinnoh features a new way to obtain Gible and Garchomp. Gabite is still located in the same place however.

Garchomp is still one of the most beloved Pokémon of the Sinnoh region, and for good reason: its remarkably strong moves are a force to be reckoned with.  Even the Sinnoh Champion recognises its power as they defend their title using the Dragon-type.

Where to Find Gible in Pokémon BDSP

Players who want to catch the Pokemon will have to wait until they’ve defeated the 6th Gym in Canalave City. Once you’ve beat the Gym, follow the steps below and you can catch your own Gible.

Once you’ve caught Gible, you have to train until it reaches level 24 in order for it to evolve into Gabite.

After you’ve evolved your Gible into Gabite, you’ll need to raise Gabite to level 48, which will cause it to evolve into Garchomp.

In the Riverbank Cave Hideaway, both Gible and Gabite can be found spawning. Traveling to Jubilife City and then activating the Explorer Kit will lead you to this particular chamber.

Make sure you’ve caught the Pokemon beforehand however to guarantee that it will spawn in this location. It can be hard to track down at first for sure, but it is definitely worth the effort. Garchomp is a powerhouse, and should be a welcome addition to any team.

nextGet ready for Gear Club unlimited 2 coming to you soon!