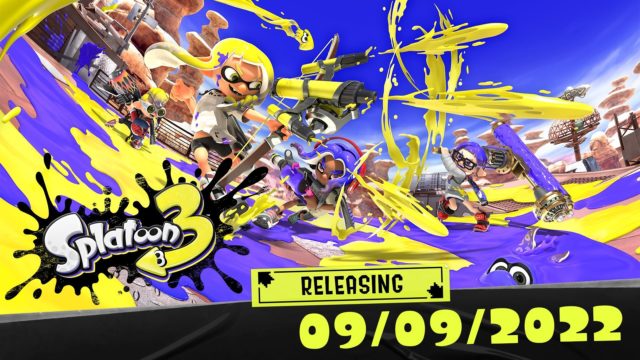 Since the reveal of Splatoon 3, many fans have been wondering, “will Nintendo really fix the games issues?”, and although we won’t be able to know for sure until the game releases, here’s 3 reasons why we think it will!

One of the biggest issues in the two previous Splatoon games is the balance, often making most weapons, mains, subs and specials, extremely overpowered in the first game, and then giving them extreme nerf and reworks in the second game. This is often to the point where they become uninteresting and weak, especially compared to what they used to be. 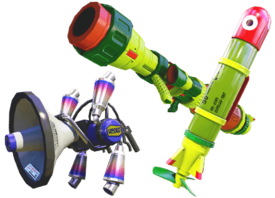 These issues caused battles to seem unfair and ultimately annoy the player, however in recent updates on the official Splatoon North America and Splatoon Japan twitter accounts, we can see possibilities of counter play in new, more interesting special designs such as the “big bubbler”. This special creates a temporary bubble of protection around the player, which may sound extreme, however is actually well balanced. What makes this special so … well … special is that it manages to keep a player safe without being overpowered, by being damageable. More specifically, this shield can be slowly shot down by the other team, creating a good use of counter play and a well balanced special. While the Splatoon community wait for the next game we find ourselves trying to hone our skills in Splatoon 2 as it’s more recent, reliable and active than the first game at this point in time. However it’s become more and more apparent just how plain this game’s meta has become. 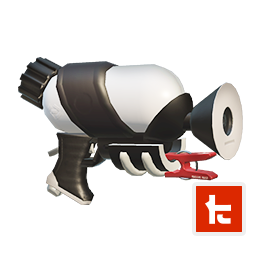 To be more precise, lobbies are FULL of mid and short-range shooters as they’ve become the predominantly used weapons in this game, creating boring and repetitive matches with a lack of variety between weapons. This also makes it harder to play other weapons when surrounded by these weapons as there becomes a lack of team play. This essentially makes the game less fun, and often plays into missile and special spam as well (a tactic used to displace teams by repeatedly bombarding them with tenta missiles).

Thankfully, Splatoon 3’s more fairly balanced approach has given certain weapons the help they need, by giving them much needed buffs, and kits that support the weapon more. For example, the vanilla splat charger has been given a more useful kit with the splat bomb and the ink vac, a new special that sucks up all shots and bombs thrown at it like an indestructible shield, and then shoots back a large rainmaker like explosion. I believe these changes will make more interesting teams and make the game more exciting.

To be honest, the Splatoon series has really interesting lore and backstory, which makes its generic, mundane single player story mode levels feel even more lacking; they could really do so much more with it. It’s been clear in the community that everyone’s eager for something new and exciting, rather than another fight with Octavio, perhaps taking inspiration from the oppression of the Salmonids, or the victory of Team Chaos in Splatoon 2’s final splatfest, and Nintendo might actually deliver on this.

From what we’ve seen so far, the new single player will have intriguing roles for some of our favourite characters such as the Squid Sisters and Agent 3. The new plot looks promising, perhaps taking inspiration from the octo expansion dlc. This may be the biggest improvement on the last game, and hopefully a key selling point for this super fun sequel!