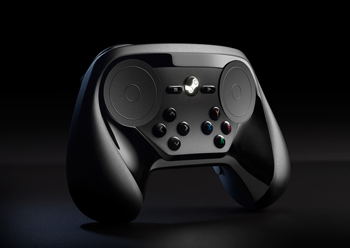 The CEO of Origin PC has announced that Valve’s ever evolving Steam Controller has now been finalised, and will be shown off at the Game Developers Conference in San Francisco in March, according to GameSpot.

Since it’s 2013 unveiling, the controller has been under development and changed several times, which have previously included feedback and touch-pad. When the original version was on display at last year’s CES, the controller didn’t have standard thumbsticks, face buttons nor a directional pad.

Valve says it wants to focus its public showing on the upcoming Game Developers Conference as they will not be attending this year’s CES or hosting a developers conference this year.

previousCall of Duty Championships 2015 - $1 Million Up For Grabs