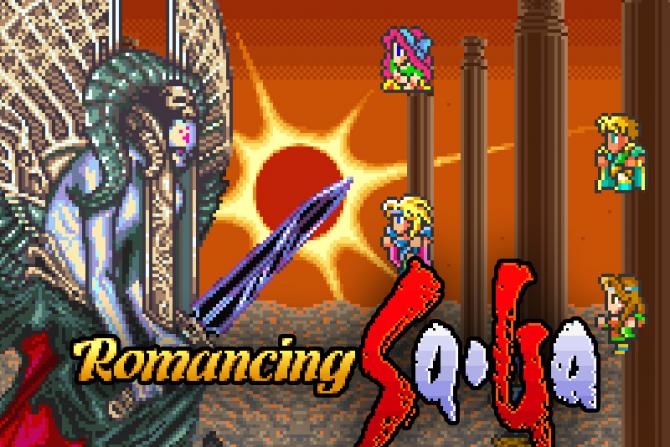 The 1992 classic, Romancing SaGa, has now been translated into English

At long last, the lot over at DDS Translations have finished full translation for Square’s JRPG – Romancing SaGa. Although, before you download the English translation patch, you will have to have a legally obtained Romancing SaGa Super Famicom ROM file to run the game on your emulator or flash cartridge.

The game was remade for the PS2 in 2005, so you may already be familiar with it. Much of the unfinished and dropped content of the SNES version had been expanded on or replaced.

You can play as one of eight characters, who all have their own storyline and ending. Combat is also turn-based, with some tactical considerations to be found in party formation and advancing with weapon techniques. Exploration is classic top-down and, as you progress, you’ll see locations change and new ones emerge over a period of time.

An interesting fact is that the original 16-bit version of the game was voted as one of Famitsu’s top 100 favourite games of all time.

You can take a look at the game-play below. Did you used to play Romancing SaGa? If so, do let us know what your thoughts are on it being newly translated.