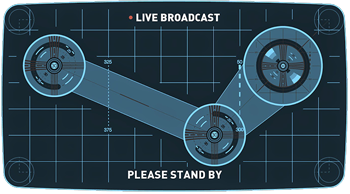 Steam Broadcasting has now become available to everyone

The platform’s 100 million users can now broadcast their game-play to the world!

Steam broadcasting is a new, Twitch-like feature with which players can broadcast their game-play for anyone at all to watch. This was previously available to some Steam users in beta form and was announced in early December 2014. This patch (which is automatically downloaded) also introduces an in-game FPS counter and a lot more. This feature is currently available to all Steam users as part of the latest client update.

In order to use Steam Broadcasting, users can click on “Watch Game” on their friend’s profile. Viewers also do not need to install any extra apps, own the game or pay a fee. Users may also use the app to utilise the feature to broadcast anything on their desktop, even though it was designed to highlight game clips.

A range of content is, however, forbidden on Steam Broadcasting:

Valve is entering the streaming market currently dominated by Twitch, which is owned by Amazon, in the launch of Steam Broadcasting. Steam may well be some sort of powerful force with 10 million users and almost 4, 000 games. What effect Steam Broadcasting may have on Twitch is currently unseen. nextEVO 2015 Is Upon Us And The Line-Up Has Been Announced!