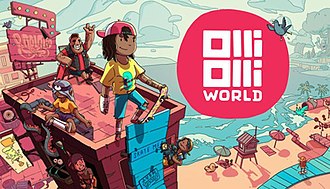 Microsoft Are Hosting Their 2nd Indie Game Showcase This Year

Microsoft is hosting their second Indie game showcase of 2021 on the 10th of August. The show will be available to watch on Xbox’s Twitch channel. Microsoft has mentioned that they will show a wide variety of games this indie showcase, which will be good for a lot of those who need something new to play that doesn’t necessarily break the bank, as most indie games tend to be cheaper than a first-party game.  The event will involve developers such as Chump Squad who are known for their puzzle games Lab Rat and Kine. In addition, there will also be game developer Rebellion who are known for their games Sniper Elite 4 and Strange Brigade. Microsoft will also be talking about updates on the skateboarding game OlliOlli World and The Artful Escape, a platformer set in the 1970’s.

How can they have an indie showcase without mentioning Xbox Game Pass somewhere down the line? Microsoft have already announced that they will have 22 indie games that will be added to Xbox Game Pass on their release date (exciting!).  Games such as S.T.A.L.K.E.R. 2, a realistic ‘next-gen’ type horror gameand The Ascent, which is an Action shooter RPG.

There are quite a few Indie Showcases that are happening this month, it’s a great opportunity for indie developers to get their hard work recognised. The showcase will start at 5PM GMT on the 10th of August. Microsofts last Indie showcase was in March, it’s been quite a few months, but it’s nice to see they’ve decided to do another one especially for us.