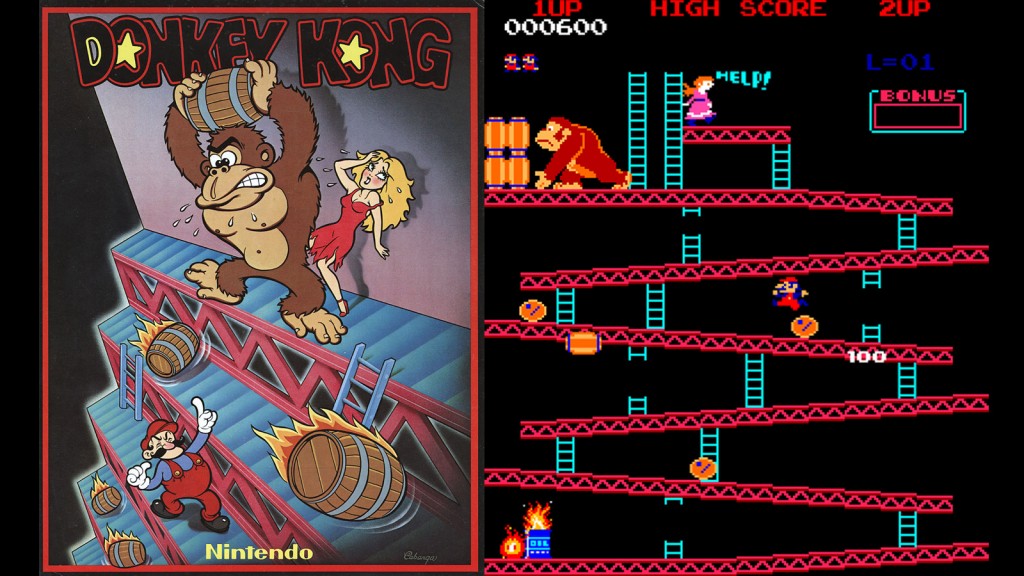 The first time we met Mario, he appeared in the game Donkey Kong. Donkey Kong was Nintendo’s first big hit in North America. Back when the game was released, Mario was known as Jumpman, 35 years on there have been many huge games focused on Mario.

Donkey Kong was originally released as an arcade machine which was one of the best-selling arcade machines of all time. The game was later released onto Nintendo’s first console, the Nintendo Entertainment System (NES).

Since Donkey Kong was released, the success has helped the game to become a massive pop-culture icon. The game even inspired a phrase, “It’s on like Donkey Kong” which has been commonly used by millions of people over the years.

Donkey Kong is the ninth highest-grossing video game of all time making over $1.5 billion without inflation which is equivalent to almost $4.5 billion as of 2016.

Donkey Kong made a huge impact for Nintendo as it gave them the character that would give them their biggest selling franchise, Mario. Donkey Kong is not only a big game in Nintendo’s history, it changed video gaming forever.