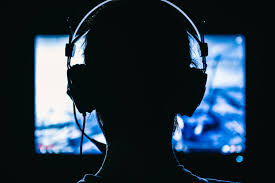 Joe, the owner of a vegetarian food stall business used to struggle with a video game addiction. Joe had not played a single video game in 2 years and eight months. His business was taking off and during November of 2020 the food stall was much busier than the year previously.

In December of 2020, things started to go downhill for Joe. A colleague of Joe tested positive for COVID-19, causing the food stall to shut down and sending Joe into a self-isolation. Whilst being at home and worrying about his business, Joe turned towards video games. He downloaded Steam and loaded up Medieval II: Total War, although he told himself as long as he didn’t begin playing he hadn’t relapsed.

35 year old Joe stated ‘I was powerless over that, I ended up relapsing for two weeks.’ Within two days of his initial relapse he began constantly playing video games, only allowing himself a few hours to sleep. He stopped eating substantial meals and washed every few days. Joe was playing video games until six or seven in the morning, as well as lying to his girlfriend about how much gaming he was really doing. Joe had been in recovery from drug addiction, although stopped attending to play more video games.

Joe’s relapse brought back some of the worst days of his video game addiction, especially the time after his mother died. Joe fell into a three week long cycle of gaming, barely stopping to eat. Joe shed light on these dark times claiming  ‘I was petrified because I didn’t want anyone to come in and ruin my using my computer games’.

The pandemic has taken a toll on a lot of people’s mental health, through the constant isolation. For those already dealing with addiction, the effects of the pandemic have heightened the hardship. Sophia Seltzer-Eade, a clinical psychologist at the National Centre for Gaming Disorders says ‘What we have seen is that young people are reporting that they are spending more time gaming, because there is less structure in their day they aren’t going to school, they can’t engage with other activities.’ The beginning of the first lockdown entailed the NCGD receiving 99 referrals for problems with gaming, coming from parents of young people and social care workers. The effects of the pandemic for those with gaming addictions has been widespread as Yes We Can Clinics, based in the Netherlands revealed that young people reporting their gaming problems has risen from a third before the pandemic, to nearly 50 per cent by November of 2020.  These figures vaguely hint at how the pandemic is affecting gaming addicts, and it is highly likely a large number of gaming addicts have not reported their problems. The NCGD opened in October of  2019 in the UK.

Stuart, aged 33 hasn’t played a video game in over three years, but finds himself struggling with how to deal with the boredom and isolation of lockdown. He has been looking for ways to ‘fix his feelings.’ Stuart began watching various  live streams on Twitch until eight or nine in the morning, as he ‘couldn’t put it down’. He Stated ‘I lost the off switch, I zoned out into it.’ Stuart continued to say ‘Lockdown is a perfect time to go on a gaming bender. It’s like battening down the hatches and waiting for the storm to pass, that’s basically what gaming addiction is.’

Stuart managed to break out of his gaming routine, as he moved into a new house to make a fresh start. ‘I don’t want to be that guy who is awake all night’, he said. Stuart reminds himself why he doesn’t play video games as he claims’ It’s a subtle addiction because in many ways it would be socially acceptable and mainstream. It’s hard to come out of that psychology that gaming is an okay thing and to accept that I have a serious addiction that was killing me.’

For the majority of people, gaming doesn’t become problematic, instead for some people it is a healthy way to escape boredom and isolation.  This is the opposite for those who struggle with gaming addictions. According to the ICD definition, gaming becomes a disorder when it has a significant and long-term negative impact on someone’s ability to function in the rest of their life. This damages personal relationships and causes addicts to be unable to focus.

21 year old Lauren started gaming as a way to deal with her emotions, through her teenage years. Gaming provided an escape for Lauren who was coming to turns with her sexuality and identity. She said ‘When I was gaming everything didn’t matter. I could speak to friends online, I could be whoever I wanted online. Everything was what I made it.’ By 18 Lauren was gaming all the time but was no longer fun. Lauren stated ‘More and more I just felt bored and exhausted with gaming, but then it was the only thing that I could do and the only thing that I had.’ Lauren estimates she spent between £3000 to £5000 solely on League of Legends.

During Lockdown Lauren was introduced to Computer Gaming Addicts Anonymous, where she attended her first meeting via Zoom. After Lauren begun attending the meetings regularly she realised she had a problem. Lauren has not played a video game since early January and continues to attend her meetings, as well as adding routine into her life. Lauren claims ‘Since I’ve stopped gaming I’ve had so much more clarity as a person. I’ve been able to see how bad gaming was.’

Joe also pulled himself out of his gaming addiction. He deleted his Championship Manager  save file and started speaking with another CGAA member. Joe hopes to sponsor a new member of the group to help them fight their addiction, just as he did. If it wasn’t for his relapse Joe would’ve celebrated three years without gaming next month, but Joe doesn’t view this as a failure, instead he says ‘That doesn’t matter. I’d rather be more steadfast in my recovery than have three years of a lesser recovery. I think I’m stronger now than I was previously.’

Joe looks forward to his future and is determined to not let gaming control his life any longer. Joe is looking forward to when lockdown lifts and wants to ease his long days on the food stall. ‘Everything has changed,’ he says, as he rejoices ‘I’m now excited about life.’

nextDiablo 2 Resurrected has been announced for PC and console