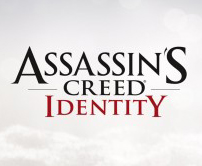 ‘Assassin’s Creed: Identity’
Ubisoft allows the game to drop in on the Apple App Store

Whilst awaiting the arrival of ‘Assassin’s Creed: Unity’, Ubisoft have sneaked Identity on to the Apple App Store, hooray! The game is currently available in New Zealand and Australia, but will be made available to other regions at a later date.

The game is FREE and a fully-fledged Creed title, all in 3D. Also being an Apple App, it relies on touch screen controls, which are accompanied by (in game) dynamic lighting, a number of weather types, HD Textures, a crowd system and much more. A training timing does limit the game, however. The best part, we agree, is the ability to design, develop and customise your own assassin to run riot through Renaissance Italy!

This game is NOT available to play via consoles or PC!