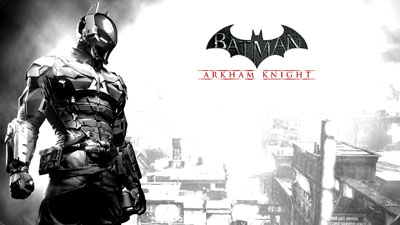 Wolfman announced, via Facebook, that he’s venturing on a new project which is an official novelization of Rocksteady’s upcoming game, ‘Batman: Arkham Knight’, which is to be released later this year.

The veteran comic book writer also added that he’s relieved to finally be able to talk about the project, which he kept a secret even from his dog…

“Well, I can finally tell folk what I’ve been working on these past months in total secrecy, even from my dog,” Wolfman has said. “I wrote the official novelization for Arkham Knight, based on the upcoming video game, and had a ball doing it.” “The story is highly emotional and I’m exceedingly happy with the results,” he added. “Both game and book come out in July. I’ll post the cover here once it’s official. Anyway, whew, it feels great finally being able to talk about it. My dog is happy, too. I no longer have to keep throwing her out of my office while I’m working.”

Wolfman didn’t provide any further details about his Arkham Knight novelization. The game takes place after the events of Arkham City, and tells the story of Batman facing off against Scarecrow and a mysterious enemy named the Arkham Knight.

If you’re an avid Batman fan (and not forgetting Scarecrow, of course!) then watch this space!