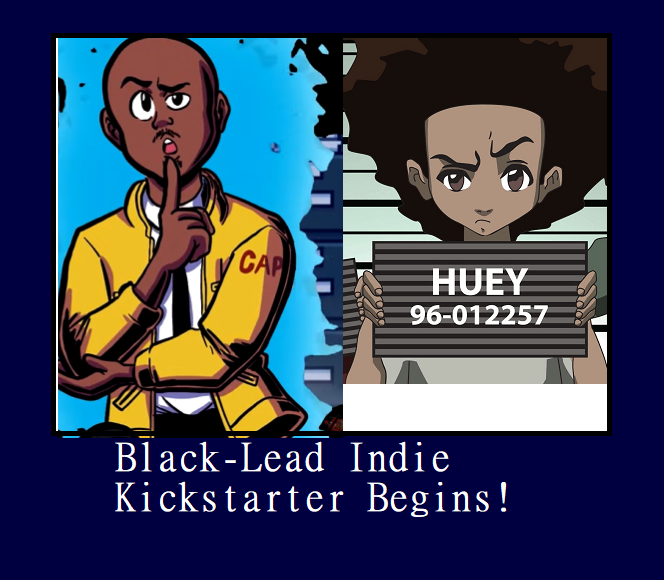 Two trailers recently dropped for a Black-lead indie game in development, Nixie. The trailers were uploaded by David ‘TheStoryteller‘, who makes media analysis and social-political commentary videos about and from a Black-British lens. David got his start with videos on The Boondocks and his ‘Operation Black Steel’ series.

The Kickstarter is now live for 19 days (click the link to view more info on the project, money goals, donation rewards and more). David has stated the following regarding Nixie:

‘For the record, this is an all or nothing project. Either the demo gets funded and we make it, or it doesn’t and we don’t make it. If you want to support this concept, this is only chance to do it’. 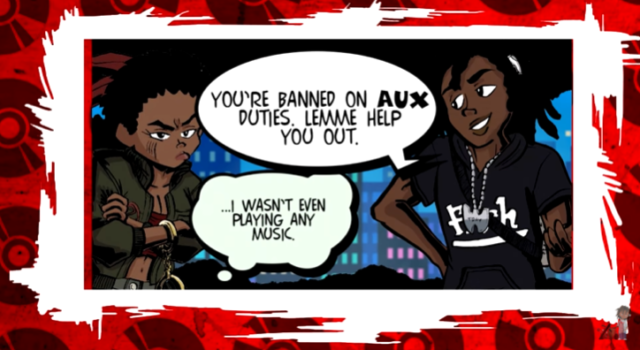 Story, Gameplay & More: Nixie is an ‘Action & Visual Novel hybrid’ about ‘found family, communication and the demonization of African spirituality’. I’m especially interested in that last point thanks to Ransford James, (political science major and professional BJJ-Daddy) who has discussed the history and colonial impacts regarding views on Obeah.

Between the more comic/manga-inspired segments in the story, there are also retro-style sprites in a different style featuring a main character on some kind of magical Dorito hover board, suggesting flying shoot-em-up mechanics in a similar vein to Galaga or parts of Cuphead.

A Personal Moment: As a biracial… Well, tri-racial lefty Britbonger, I have a lot of love for David’s work and hope Nixie gets the backing it deserves. And as a drippingly optimistic theatre kid with aspirations of becoming his own auteur, seeing those behind Nixie achieve would do a lot to inspire young creative minds everywhere, myself included (at time of writing).

And while I have you, show some love to the Free Huey foodbank initiative (click here) if you still have cash to spare.

Power to the people. Peace.

nextDragonflight: The new expansion for World of Warcraft