Black History Month is coming to an end and we think it’s time to have some appreciation posts rolling in for the games industry. We don’t get to hear much about black developers, publishers, composers, writers or voice actors in games too often. This month we’ve decided to put a number of black people in the industry who are working to bring amazing content to you.

Derrick Fields is the founder and game director of WakingOniGames who is ‘Creating Onsen Master’  “A hot spring customer strategy game about healing!” Derreck Fields is also the lead designer, 2D and 3D Artist involved with Onsen Master as well. He was the Lead Artist for Uplift Games and a Visual Effects Artist for an upcoming film, currently in post-production and has even been a freelance Illustrator for the popular game ‘Cards Against Humanity’. Derrick has also been a host for the Wholesome Games Direct 2021. Here’s a Taster of The Onsen Master Gameplay.

Dorrell Ettienne, a Composer for WakingOniGames, who’s also composing the music for Onsen Master. He spent 4 years working at the Victoria Albert Museum and for 5 years since 2016 up until the present moment has been a Freelance Composer. Dorrell has a Bachelor’s degree in Music from the University of Kent and a Master’s degree in composition for screen from the Royal College of Music. It’s inspiring to see Dorrell take a leap forward into his passion and watch him now create amazing soundtracks for video games. Here’s a taster.

Niel Jones, also known as Aerial Knight – is the Creator of a running action game Never Yield that has been featured on Nintendo’s Indie World Direct. Niel is also known as a 3D Artist and has tons of experience across a wide variety of game projects such as Dott’s Home, Bloom and JETT. Niel is also a Senior UX and Games Designer for Unity Technologies and a Creative Art Director for JoLu Productions. Below is a video of Niel’s own game Aerial Knight’s Never Yield.

Recently at the PlayStation Showcase, Forspoken – a next-gen game had a gameplay trailer, starring Ella Balinska, the main protagonist in Forspoken. She is not only a voice actor but she has been working to help the game feel alive through her body movements, facial expressions with performance capture and much more. Ella is also well known for her acting in various movies such as Charlie’s Angels, The Athena and the British TV series Midsomer Murders.  Forspoken will without a doubt be one of the biggest games to release by Square Enix in 2022, it’s lovely to see a black female protagonist coming up in such a great title.  Here’s a snippet of the gameplay from their most recent trailer and a video previously where Ella herself gets to speak about her thoughts on the game.

Lastly, we have Marcus Montgomery, the founder of WeAreGameDevs and a video game designer with almost 2 decades of experience. Marcus has been a lead game designer for Glu Mobile, a project Manager for Oculus VR and Senior Gameplay designer for nWay Inc. His website WeAreGameDevs also works to highlight underrepresented people, companies and game devs in the industry and support their efforts to bring many, life-changing entertainment. 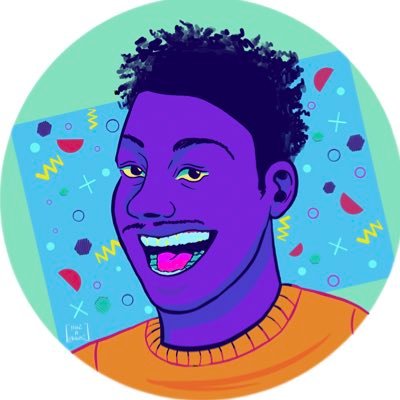 However! The appreciation doesn’t stop at 5! There are thousands of black content creators and game devs in the community who deserve appreciation! If you want to support and know more about Black Game Devs then why not keep up with their Twitter? @BlackGameDevs