Tango Gameworks Ghostwire: Tokyo,has had many gamers left in the dark or curious since it was first revealed in 2019. But on February 3rd, Sony and Tango offered all-new details about (and first extended gameplay of) the upcoming PlayStation 5 exclusive, which is slated for a March 25 release on console and Windows PC.

Tango Gameworks the same developers that created Evil Within franchise is back with another scary addition in Ghostwire: Toyko During the new video showcase, Tango Gameworks founder Shinji Mikami asked his co-workers to describe their new game Ghostwire Toyko, which resulted in various different answers. Character designer Reiko Hiroshima, who also worked on the Evil Within franchise called it “paranormal,” while programmer Tsuyoshi Okugawa described the game simply as “authentic Tokyo.” However, game designer Suguru Murakoshi, had an very unexpected response.”

“The origins of it are truly Japanese,” “In a Japanese studio, and a game set in Japan, it’s a game where everyone can find something to love. With some sweet and tangy parts, just like a strawberry shortcake.”

To briefly sum up what the game is about; Ghostwire: Tokyo is about a supernatural and paranormal event that takes place in Tokyo, Japan. The city’s residents just upright vanish, a deathly fog castes all over the city, and it comes down to the protagonist Akito and his partner KK, a spirit who inhabits Akito’s body and grants him supernatural powers. To cleanse to clean the streets of tokyo that is covered in Yokai (Yōkai are a class of supernatural entities and spirits in Japanese folklore), ghosts, Slender salarymen, headless schoolkids, and other paranormal creatures. Trying to stop Akito and KK is a mysterious and malicious masked man named Hannya.

GhostWire Tokyo is a peculiar one for Tango Gameworks cause like their previous games, this one

is first person, spell-casting action-adventure game which is quite the change from the survivor horror games that they did. normally there’s a pattern of theme with Bethesda and their open world adventure games and first person shooters, you know, with guns, armour and things of that nature but in GhostWire Tokyo, your weapons are your hands and the monsters you slay are inspired by Japanese legends and folklore. 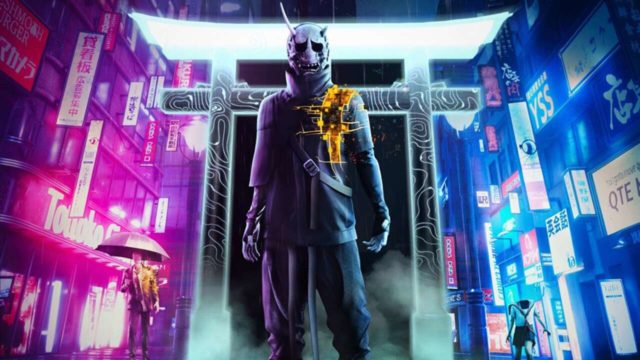 “The power of the hands plays such an important role,”- said game director, Kenji Kimura. Akito will have the ability to master and control the four elements; earth, wind, fire, and water against the weirdest yet powerful creatures. He’ll also gain access to a bow and arrow, grappling hook as his way to move across rooftops and use stealth to overcome the toughest situations. And it’s not just the ghosts and demons trying to stop Akito from succeeding; Tokyo itself will get twisted and corrupted to mess with our hero’s mind.

Ghostwire: Tokyo arrives March 25, officially, on PlayStation 5 (where it will be a one-year console exclusive) and Windows PC. Early access to the game on March 22 is available through Ghostwire: Tokyo’s Deluxe Edition.

nextPokemon Go is set to get its own Pokemon TCG expansion