Destiny 2 is a game with a lot of lore. Youtube channels like myelin games and My name is Byf make that clear right off the bat. And with a lot of lore comes a lot of characters, from the Kell of house light Misraaks (or Mithrax in human tongue), a fallen captain who regained faith in Humanity after our character saved them, to Mara Sov, Queen of the awoken and 2021’s winner of worst sister ever.

Over the last 2 weeks, fans have been voting on who their favourite character in the game was, and it has finally been confirmed that Saint 14 is the communities favourite character, beating out fellow crucible announcer lord Shax for the top spot.

Saint 14 started out as a name we really only knew thanks to an item description back in destiny 1, with the helm of saint 14 exotic helmet for titans, which blinded enemies that entered the ward of dawn super when equipped. The helmet came back in destiny 2 with the added ability to cause the same disorientate effect while using the sentinel shield, an alternative super ability to ward of dawn. From in game lore you could gleam that Saint was one of the best titans out there, and was even considered to be the “son” of the speaker, who served as a spiritual leader to the city. 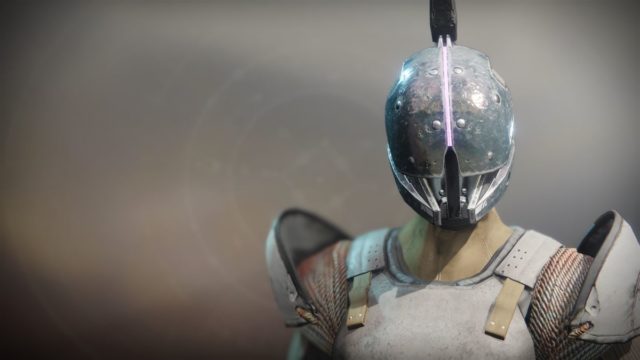 Unfortunately saint 14 disappeared at some point in the past, before the player character guardian woke up. As recounted from the helm of saint 14 lore tab:

SX: You know what they say about Titans.

SX: The good ones are all dead.

C6: You don’t know that Saint is dead.

SX: The greatest Titan who ever lived just disappeared. Call it a hunch.

C6: No one ever put down a Kell faster than he could. But man, he was a real weirdo.

SX: Eccentricity was his strength.

C6: Talking about the Speaker like you’re related to him is eccentric. Claiming he’s seen the future, that he fought Six Fronts fueled on the idea that some Guardian savior is coming? That’s insane.

SX: Belief is a hell of a thing.

C6: Sure, yeah. One Guardian’s going to fix everything. Kick Crota off the Moon. Make it look like us Vanguard know our head from our hindquarters. Hey, where are you going?

SX: One of the new recruits from Old Russia I’ve had my eye on—entering the Crucible for the first time.

The next time the saint came up again probably came as a shock to some people. In The Curse of Osiris expansion for destiny 2, after completing the main story, players where tasked with completing little mini quests to unlock weapons as part of something referred to as “prophecy boxes”. After completing half of these quests, players would be tasked with entering the infinite forest and within you were able to discover the grave of saint 14, confirming he died at the hands of the Vex. The Vex constructed a shrine in honor of him in the simulated future of the infinite forest, which Saint had entered in the hopes of finding Osiris, who Bungie narrative designer Robert Brookes has confirmed Saint has a romantic relationship with. 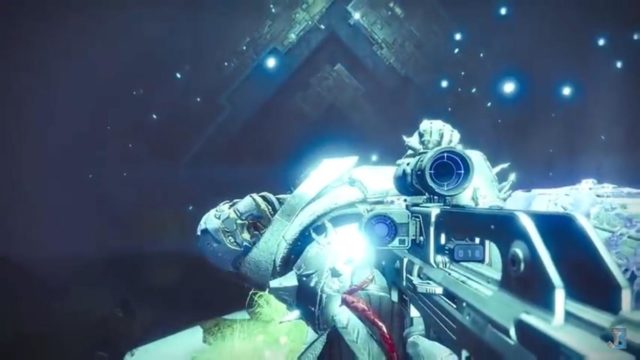 So he’s dead right? Yeah so… during season of Dawn in 2019, we learned that Osiris had been developing a time machine, the sundial, to try to bring Saint back. It didn’t work, and the Sundial was seized by 3 Psion flayers, who were trying to use it to change the outcome of the Red War, destiny 2’s base campaign. During all of this, the player Guardian took it upon themselves to also go out and look for saint 14, and if possible to bring him back. And we did. Through killing the Vex Martyr Mind alongside Saint, we were able to change history and saint 14 was able to leave the endless forest.

Once he was out, he moved to the towner, where now he feeds the pigeons and runs the trials of Osiris PVP mode. That is far from the end of saints story, the last year has seen him forced to confront his past decisions when we employed the aid of Misraaks in ending the endless night, and right now, when not running trials, Saint is off scouring the system to try to find Osiris who was kidnapped by Savathune, the hive god of deception. 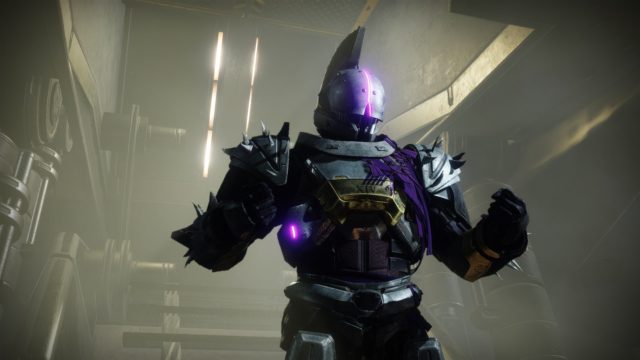 The poll began 2 weeks ago, started by Reddit user “The DankestMeatball”. The poll featured heavy hitters such as Gambit announcer the Drifter, Uldren Sov/The crow and The Exo Stranger. Many where expecting the late Cayde 6, who died during the Forsaken expansion, to win due to his enduring popularity in the fandom, but he went out in the final 3.

LORD SHAXX HAS BEEN ELIMINATED! Saint-14 is the final victor! All the stat distributions for the votes have been posted in order, most recent to earliest. from destiny2

The final poll was a fight between lord Shax, the main crucible Announcer, and Saint 14, the Trials Of Osiris Crucible announcer (for those wondering, lord Saladin went out day 4. No-one likes saladin), with the russian pigeon lover coming out ontop.

Bungie have, through the “spoiler alert” sidearm, suggested that someone will die during the witchqueen expansion coming next february. While saint is an unlikely candidate to die due to his important roll in the game, but its not impossible.