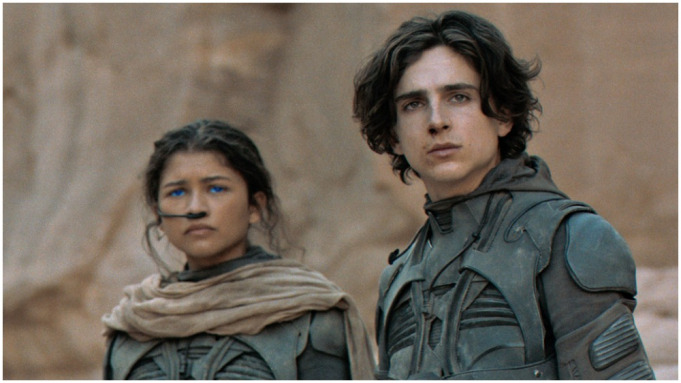 Seeing the trailer the first time, it can be difficult to follow everything that’s going on. While you can grasp some of what’s happening, the basics of war, blood, and anguish, along with a boy having strange dreams about a girl. Well, let’s have a closer look into what the trailer is about and what we should be looking forward to.

Dune was originally a science fiction book written by Frank Herbert in 1965.  The trailer starts off with Chani played by Zendaya Maree Stoermer Coleman, an Arrakis native speaking of her homeland, starting off with a peaceful tone, she speaks of the spice melange. Seconds later we are introduced to the House Harkonnen — who have attacked her people in order to obtain the planet’s most valuable possession, the Spice melange. Her narration plays over this brutal attack and leaves Chani wondering who the next oppressor will come to be, to which her question is spoken towards the character ‘Paul’.

That is when we are introduced to the character Paul who is played by Timothee Chalamet and resides on a planet, in his homeland House Atreides. Paul is the heir of Duke Leto and the only son. We are made aware that Paul dreams of Chani despite the fact he has not visited Arrakis or met Chani before. What Paul experiences are recurring dreams. We then learn that Paul Atreides must travel to the planet and train for war against one of the most dangerous planets to exist to protect him and his people.

That is the best I can do without spoiling too much, if you’re curious have a look at the trailer down below.