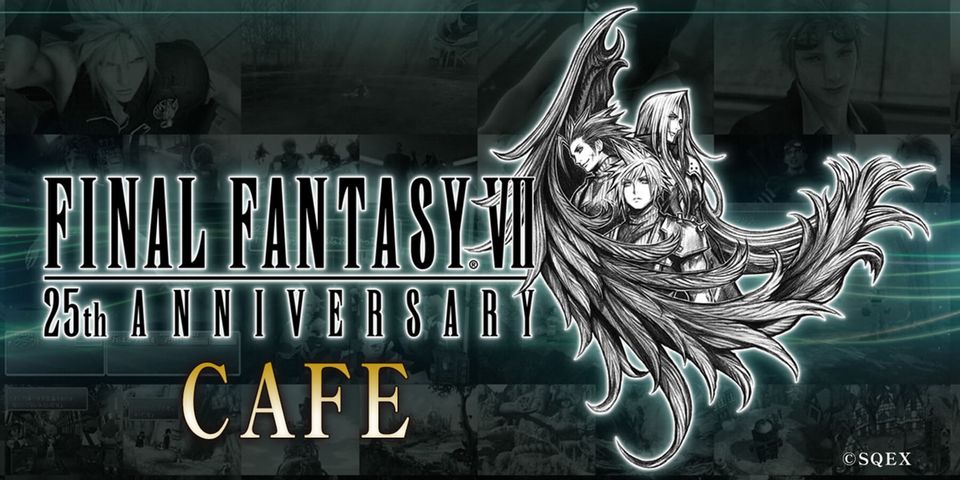 To celebrate the 25th anniversary of RPG Final Fantasy 7, Square Enix is opening a limited-time themed cafe based on the video game.

Square Enix is celebrating many anniversaries across its different titles this 2022. The Kingdom Hearts series just reached its 20th anniversary, the Final Fantasy franchise as a whole is celebrating its 35th year, and the original Final Fantasy 7 PlayStation game marks its 25th anniversary this 2022 as well. Though Square Enix has yet to make any announcements about the sequel of FF7 Remake, the company has given other updates concerning the series’ 25th year milestone. Recently, the company has revealed that it is opening a themed cafe in Japan in celebration of the occasion.

Many fans are likely holding on to the hope that major updates will be shared soon about FF7 Remake. This hope is kindled by the game’s co-director Tetsuya Nomura, who recently announced that major Final Fantasy 7 announcements will be revealed in June 2022. Aside from this piece of news, fans seem to have nothing else to go by, except for Square Enix’s occasional social media postings about anniversary activities. This includes the FF7 anniversary virtual exhibit and now, the upcoming themed cafe.

On the Japanese Twitter account of Final Fantasy 7, official dates of the 25th anniversary themed cafe have been announced. The cafe will be open from June 11 to July 22, 2022, and will be hosted by both of the company’s already existing cafes of Artnia in Shinjuku, and Square Enix Cafe in Akihabara. Reservations are needed if fans want to visit the cafe and enjoy the themed menu. Those who order a food item will get one random placemat while those who order drinks will get one random coaster. These items feature favorite Final Fantasy 7 characters, scenes, and artwork from the series.

Since there will be two locations for the themed cafe, fans who visit both and participate in the stamp rally can receive a special coaster with a secret design. A region-locked Square Enix account is needed, however, to make reservations online, so fans will either need to create one or visit the actual cafe locations to inquire about available walk-in slots. Final Fantasy 7 25th anniversary products are also available for purchase in both cafes, so for those who are unable to get seats to the actual cafe can still buy official merchandise.

Unfortunately, Square Enix has not shared if any of the official cafe merchandise will make their way outside of Japan. Hopefully the upcoming reveals this June will shed light on both the Final Fantasy 7 Remake sequel as well as the Final Fantasy 7 25th anniversary products.

previousSummer Game Fest has revealed a line-up of over 30 participating companies INCLUDING XBOX, PLAYSTATION, 2K AND ACTIVISION