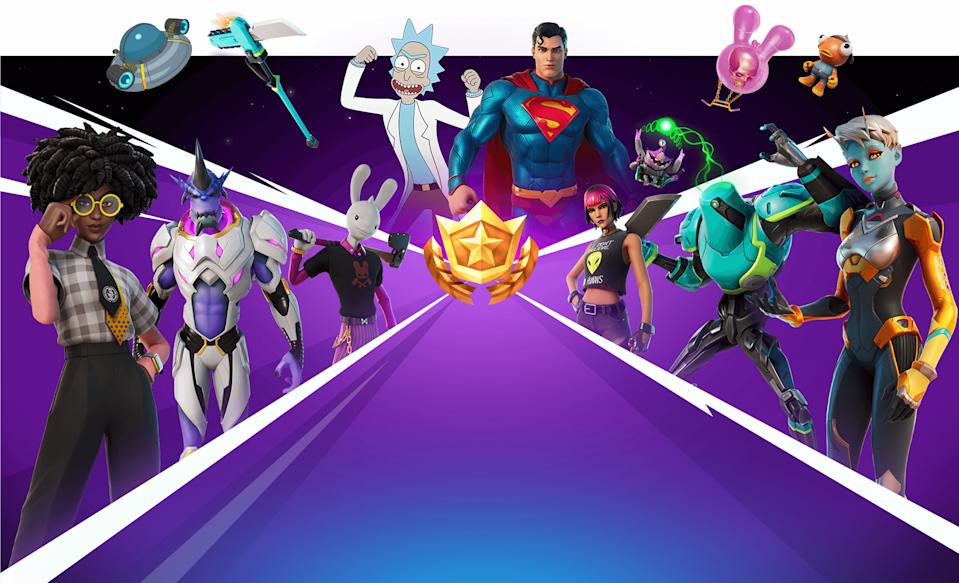 Fortnite‘s 7th season of chapter 2 is out now featuring new aspects to the game. Players will now be able to play as Superman or Rick & Morty’s Rick Sanchez and fly UFOs.
The new update also features a revamped Battle Pass system that will use battle stars to reduce the level grind and make individual items easier to take.

The new chapter trailer shows Fortnite’s denizens reacting to the arrival of a massive UFO that flys over the island, consuming Zero Point energy.

A new mystery character called the Foundation, rumored to be voiced by The Rock will be joining as a result of the new update. Doctor Sloane also appears, calling on those who live on the island to take on the alien invaders. She preaches ‘We now stand at the brink of war with an enemy we do not understand.’

previousThe Sims 4's next expansion could feature the countryside