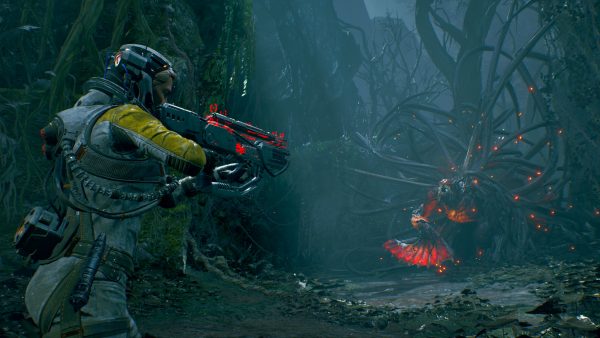 The first update since the release of Returnal was unveiled recently, but has already been pulled due to players complaining about losing progress in the game.

Housemarque has already pulled the most recent patch, as the rogue-like world allows players to repeat the game over and over again, however progress is not being saved, which ultimately contradicts the whole point of the game.

According to many reports, players have experienced loss of progress since the release of the new patch.

Housemarque commented on this issue stating, ‘We are fixing the issue now and a new patch will be published in a few hours.’ If the error message CE-100028-1 pops up, you have been affected by the patch bug. Housemarque are advising if you have already downloaded the 1.3.3 update, avoid playing the game until the new patch is rolled out. Those who have been affected have also been advised to reinstall the game completely.

Housemarque took to Twitter to apologise for the inconvenience:

All users affected by the 1.3.3 need to re-download the game.

So to be safe, don't start the game before the upcoming patch is available and downloaded.

Housemarque has yet to state when the new 1.3.4 patch will be released, however it is likely to come soon as many players are waiting for this issue to be solved.