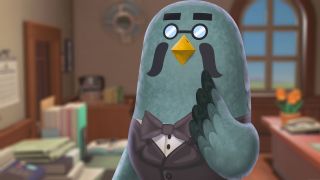 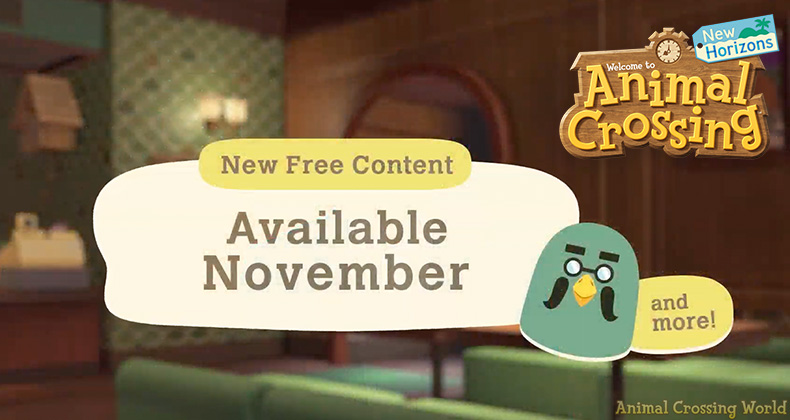 How will the Roost & Brewster Work in Animal Crossing New Horizons?

Here’s what we suspect…Nintendo has to include something new, so there may be mini-games and the exchange of Gyroids, BUT…what about the possibility of customising the Café itself? Bringing the crafting tools Brewster needs to help build the Café. As well all know, most shops have been expanded by either buying or collecting and it’s not a surprise if I said Animal Crossing New Horizons biggest feature is crafting and customisation. Let’s say Nintendo relies heavily on that.

Taking that into account, I can imagine that Brewster arrives and needs the player to collect materials to craft items such as tables, tableware, chairs, the counter and hopefully…a stage for K.K. Slider (that dog still gives me uncomfortable chills…). Once that’s done, the player receives new recipes that are Café themed and maybe customise the Café a little. At some point down the line Brewster will ask the player to assist with making orders and exchange Gyroids. Of course, have a coffee to go! Which won’t be a surprise considering the fact that they’ve added edible in-game items over the summer, such as Candy floss, boba and ice cream.

A free update is heading to your #AnimalCrossingNewHorizons island this November! ☕

More details will be revealed in an Animal Crossing: New Horizons Direct, airing next month. Keep your eyes peeled on @AC_Isabelle for news on the air date. pic.twitter.com/9Opk4FtSAw

What about The Animal Crossing New Horizons Series 5 Amiibo pack?

These are all the most recent character additions to the Animal Crossing Franchise upon launch of Animal Crossing New Horizons in 2020. It won’t be a surprise if these characters got Amiibo cards, but can we expect more for special new characters that were added?

The new special NPC’s Added to the Animal Crossing franchise, include:

We could see some cards released for them, but as we are well aware…special NPC Amiibo cards do not work in New Horizons. Yes, we can use them at the Nook Point/Stop and get some funny dialogue, but they don’t have any real use in the game and can’t be invited to the campsite or move in on the island. So…perhaps not, unless they find a use for that quickly.

That’s all we can say about Animal Crossing New Horizons, we’ll just have to wait for October!

If you enjoyed this, keep up with all the latest gaming news, competitions, future discounts and amazing content.
Twitter: @Go2Games