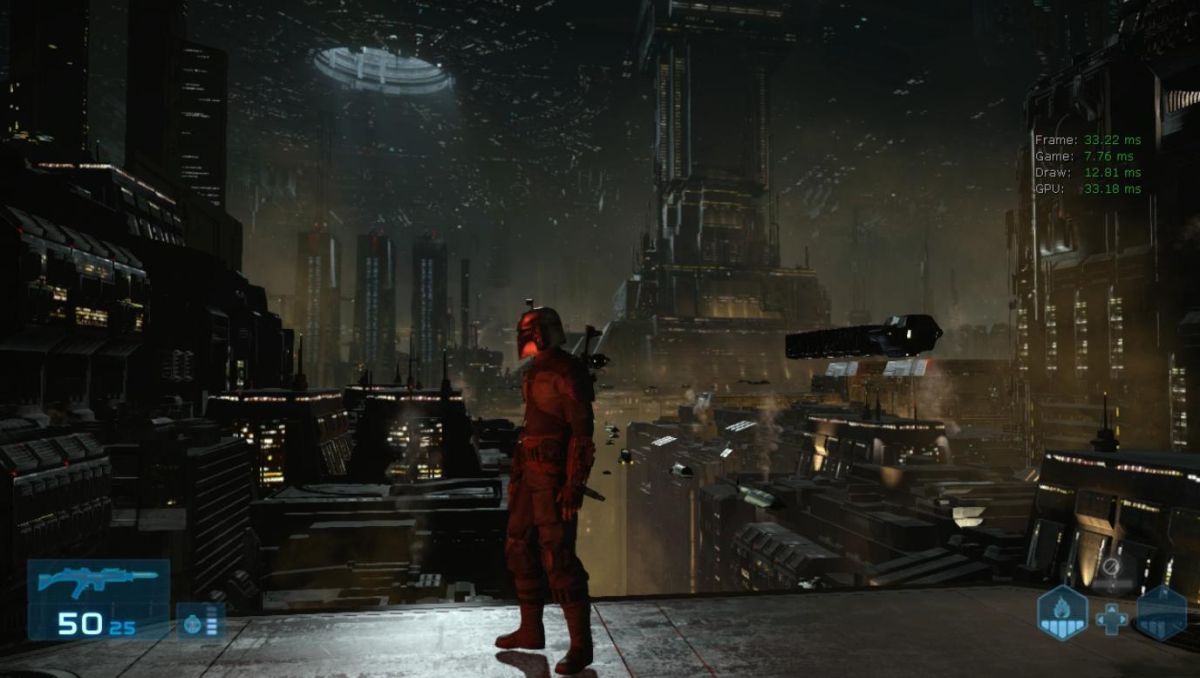 Star Wars 1313 is now a mostly forgotten project that was announced by Lucasarts back in 2012. The project was shelved indefinitely (read, Canceled) back in 2013 when disney acquired Lucasfilm and all other subsidiary studios.

The game was supposed to open with the player controlling an all new bounty hunter character… before they where murdered by Boba Fett in the first level, with the game then progressing with the players playing as the infamous bounty hunter. The game would mostly be set in level 1313 of the city world Coriscant.

Recently, some footage of gameplay from starwars 1313 surfaced online, showing someone playing as Boba Fett, and giving us a glimpse at what could have been.

Earlier this week EA confirmed that Titanfall 2 Developer Respawn where working on 3 new starwars games. These are a sequel to Jedi: Fallen Order, a star wars FPS game helmed by Medal of Honor co-creator Peter Hirschmann, and a Strategy game developed in collaboration with Bit Reactor, a studio formed from former XCOM and Civilization devs.

you can pre-order LEGO Star Wars: the skywalker saga from go2games.com