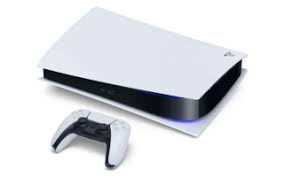 The new version has begun appearing on Japan’s listings

The new version of the PS5 Digitial Edition console in an official Japanese product manual shows that the updated hardware model (CFI-1100B) weighs 3.6kg, which is 300g less than the launch version (CFI-1000B).

The model also appears to come with a different screw to attach the console’s stand.

The new PS5 is almost identical to the previous version apart from being incredibly lighter. Everything else has stayed the same apart from the screw provided to attach the console has changed to a textured screw you can twist with your hand rather than a screwdriver.

The new PS5 model has already been listed on some websites of Japanese retailers, who will be offering the console as part of their next lottery sales.

Here are the other specifications for the new PS5 model:

The new model was first spotted in May when Sony had registered a new wireless communication module it would be applying to the console.

Many fans are still unable to find a PS5 that is currently in stock that was released last November and Sony is unable to keep up with demand due to a global chip shortage that has made it difficult for manufacturers in most industries.