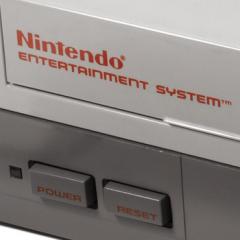 Exciting news for all the Nintendo fans out there! They have announced their next console, which has been codenamed ‘NX’. Satoru Iwata, the company’s executive, has revealed this. He has also said that the new hardware project is representing a “brand new concept”, but that is as far as we know. This announcement was vocalised just moments after Nintendo had revealed their plans to bring it’s household games and IP to mobiles and smartphones.

“As proof that Nintendo maintains strong enthusiasm for the dedicated game system business, let me confirm that Nintendo is currently developing a dedicated game platform with a brand-new concept under the development codename ‘NX’. It is too early to elaborate on the details of this project, but we hope to share more information with you next year.” – As revealed by Iwata at a press conference on Tuesday.

Iwata also noted that this new membership service will “encompasses the existing Nintendo 3DS and Wii U systems, the new hardware system with a brand-new concept, NX, and smart devices and PCs.” This membership service plans to unite Nintendo’s household consoles, handhelds, PC and mobiles.

It seems that this brand new membership is what’ll be replacing the Club Nintendo membership program, which was announced to close, earlier this year, by September.