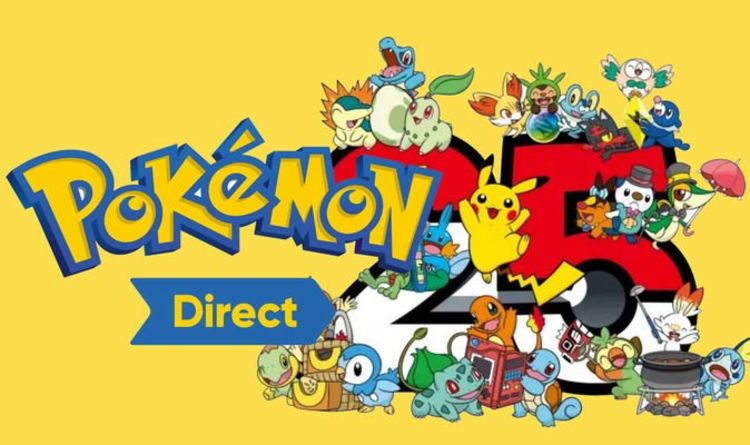 The Pokémon series celebrates it’s 25th birthday this month, with the upcoming anniversary of the original Red and Green Game Boy release. The Pokémon series begun on February 27th 1996 when the Pocket monsters: Red and Pocket monsters: Green first launched in Japan on Nintendo’s handheld. Following Pokémon’s release they went on to become one of the most successful video game franchises of all time with film and TV adopting Pokémon.

To mark the anniversary Pokémon have teased that they have some ‘very special’ plans to come. The Pokémon festivities have already begun, with the Pokémon company launching a website solely for the celebrations. Pop stars such as Katy Perry and Post Malone have been confirmed to be taking part in the celebrations, as well as  McDonald’s launching happy meal trading cards to join the festivities.

❤️ this tweet to set a reminder for this can’t-miss event! #Pokemon25 pic.twitter.com/oBdS8dS4gS

Pokémon fans are looking forward to an announcement based on the games that will be launched during the 25th anniversary. Kelios, a reliable leaker has been tweeting about Pokémon Direct, quoting a tweet from a recent press release which stated ‘In anticipation of the concert, The Pokémon Company International will host several celebratory activations across the brand in the week leading up to the virtual music event.’ Kelios replied to this with a tweet simply saying ‘Pokémon Direct’ with a smiley face, indicating Pokemon Direct could be coming soon. Other Pokémon games being released this year includes New Pokémon Snap in April, as well as Pokémon Unite is suspected to be released in 2021.