The Legend of Zelda: Skyward Sword HD UK’s No.1

Skyward Sword HD is No.1 in the UK, the fourth No.1 for the Zelda series. 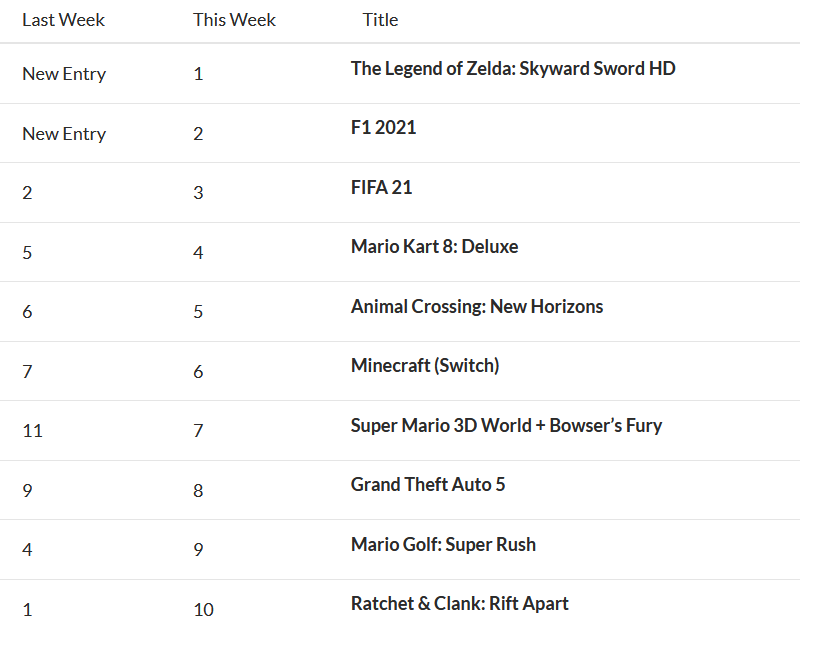 The original Skyward Sword, released in 2011, was one of the lower-rated Zelda games due to a few tedious mechanics which worsened the experience. Well, Nintendo listened and made various changes to the game this time around. The game has received positive early reviews and is clearly doing well (at least in the UK). Their conscious effort to remove such mechanics for the remaster seems to be paying off.

For those intrigued by the title, see the most recent trailer below:

Similarly, for those who are eager to purchase the game for themselves, you can do so from our Go2Games website.