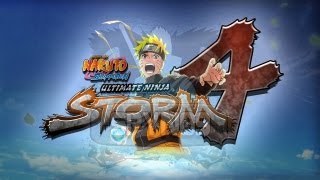 Upcoming Naruto game is to target the PS4 and Xbox One

The long-running Naruto Ninja Storm series is to see it’s debut on the PS4 and Xbox One next year, which was announced by Bandai Namco,  with ‘Naruto Shippuden: Ultimate Ninja Storm 4’, after four instalments on the Xbox 360 and five on the PS3! The game is being developed by CyberConnect2.

The latest story arc in the Naruto Shippuden anime is that of which the upcoming game will be based on. It’ll feature one-on-one multiplayer modes for both offline and online players. CyberConnect2 have been working on the Naruto Ninja series since it first launched.

Naruto Shippuden: Ultimate Ninja Storm 4 will be released in 2015. So you don’t really have that long to wait now, do you?!