I watched the 7 short films that are part of Fortnite’s Shortnitemares film festival started by Epic Games that finishes on November 1st, so hurry up and watch while you still can.

We Will Be Monsters: Felt like less of a short film and more of an action-packed isolated teaser. A pretty cool-to-watch one, but clearly all the budget went to graphics. Van Hellsing leads a group of hooded ninja-looking folks to fight Dracula, fighting ensues, plus there’s a twist at the end. The fight choreography was good, does what it says on the tin and ends with an intriguing hook of a tag line heavily implying “this story will continue, coming soon”. A secret teaser to the next season pass? A preview of the likely upcoming Fortnite film? Time will tell. Solid 4 out of 5. 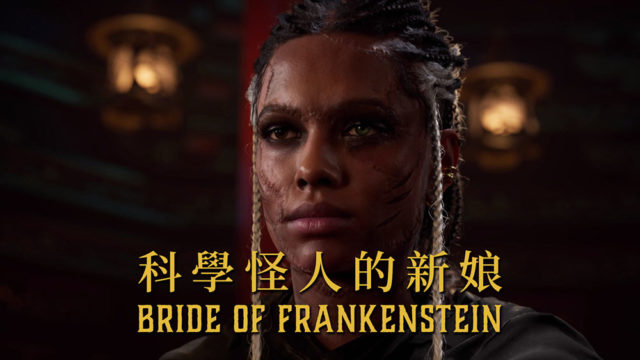 The Eye: Really? The titular monster don’t even got no eye, that’s FALSE ADVERTISING AND I WILL NOT STAND F- An average working Joe, or rather, Jolene is called to fix a crashed drone. Her narrating voice is a little ham-fistedly delivered at times, but mostly serves its purpose in moments where she pulls off some deductions trying to discover who called her. The music is really good, but errs more on the side of epic space opera orchestra, which is a little tonnally jarring considering it’s trying to go for a slower-paced atmospheric suspenseful mood. Like, the music never stops, it doesn’t linger in the atmosphere of the location, so when Jolene gets attacked by the Demogorgon-looking freakazoid, it doesn’t feel very impactful. The plot twist at the end is well foreshadowed and deliciously macabre in its delivery, but the music choices were overall unsuited to the great visuals and cinematography. 3 out of 5, but can jump to a 4 if you’re watching with friends and are simultaneously reacting to that one big “holy sh**” moment.

Alma: The titular Alma happens upon a peculiar toy store with a doll in the window that looks just like him. This is essentially what The Eye SHOULD have been! Yes, it has some tone-setting musical moments, but it’s also not afraid to sit in some sexy diegetic unsettling dread. Every footstep, every bump of an accidentally knocked-over toy, the smallest ceramic slides and clicks of the toys eyes shifting around, THEN the violin strums in to really sell the rhythm of the whole experience. 5 out of 5, best watched alone in the dark during the witching hour. 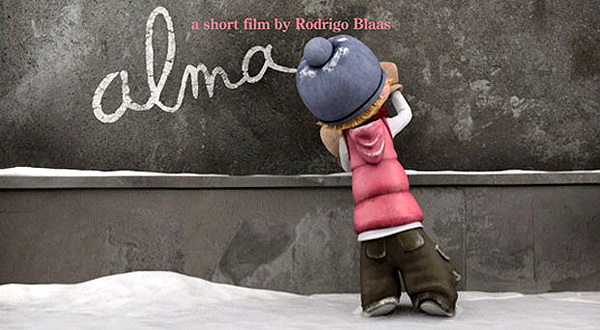 But Milk is Important: Yes, I’m sure Luke Skywalker would agree. This one is done in a stop-motion art style similar to Coraline. It’s more atmospheric and surrealist than horrifying, but it sells a tasty heaped tablespoon of existential dread with its story, while also being interestingly open to interpretation in a large variety of ways. 5 out of 5, very intriguing, even if you’re not fullly aware of what everything exactly means. SPOILERS INCOMING: This is my reading of the film, so watch it yourself first so I don’t end up over influencing your take too much: I think it’s very much a metaphor for guilt over past actions and how to move on from things you’ve done in the past that can be considered bad. For example, the main guy gets a note from someone saying “they were out of milk today” and then he leaves another in response reading “but milk is important” instead of being more understanding. Then the main guy sees a milkman walking down the street who immediately HECKING DIES right in front of him with a carton spilling all over. Then a big fluffy monster boi starts following the main guy around and being increasingly more intrustive, while also sometimes fighting to be known against the main bloke’s wishes. The daughter of the main bloke’s neighbour can’t see the monster for some reason, but the father seems to be actively furious when he sees it, so that could be seen as the daughter not fully understanding what there is to be guilty about in the first place. Then the story ends with the reveal that the neighbour’s wife ALSO has her own fluff-monster similar-looking to the main bloke’s and they break bread over that shared peculiarity. ALTERNATIVE READING INCOMING: This could be a metaphor for autism, and I’m on the spectrum, so I should know. The main bloke is played as not being very socially adpt, which is a bit of a stereotype, but also, autism in women is notoriously less commonly recognized and diagnosed than in men, so that explains how the wife is seemingly able to go about her life most of the film without anyone noticing her own fluffy-monster stand. Food for thought.

Intermission: If you’re looking for more Fortnitey goodness, check our store! On with the reviews!

Nightmare in the Morning: If you like any and-or all of the following, you’ll love this one: Samurai Jack-inspired artistry, An anthem for folks who can’t stand how easy it is for morning-people to get up in the morning, and last but not least, CHOOOON- 5 out of 5, a must-watch if you want to see a cuphead boss singing her heart out about severly lacking a sense of morning glory. 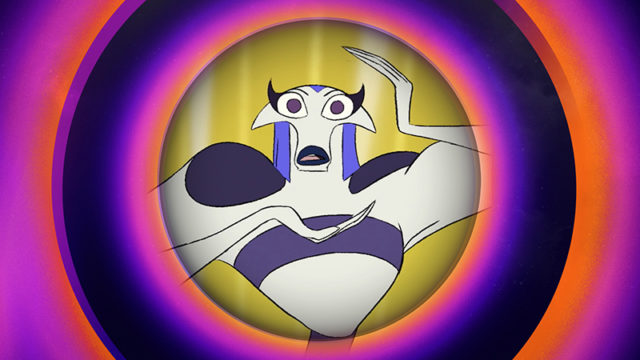 Mon Ami Qui Brille Dans La Nuit / My friend who shines in the night. To paraphrase the incredible knowledge of Parasite director Bong-Joon Ho (that’s right, he’s such a great director that I refuse to make that one easy fellatio joke!) “once you overcome the inch-high gate that is subtitles, you find yourself opened up to whole new world of experiences”. My Friend is a short dramady following a ghost who is unable to pass onto the afterlife. Let’s call her Nikita. Nikita befriends a bloke who shows her around to all sorts of people from scientists to priests and psychologists to find out what could be done to help her. Extremely wholesome and full of quirky wit. 5 out of 5, have some tissues at the ready for that ending.

Inn… Ironic because it should’ve been called OUT! As in, get OUT of the INN because if you stay in the INN then you’re going to *redacted spoiler*. This one is similarly animated to Tekkonkinkreet, so plus-one weeb points for that. The story follows a man who happens upon a mysterious man that is controlling a woman via some kind of floral sentient voodoo doll. It’s short and sweet… and by sweet, I mean disturbingly uncomfortably presented and will leave you not being able to look at flowers the same way for a month! 5 stars, strong finish