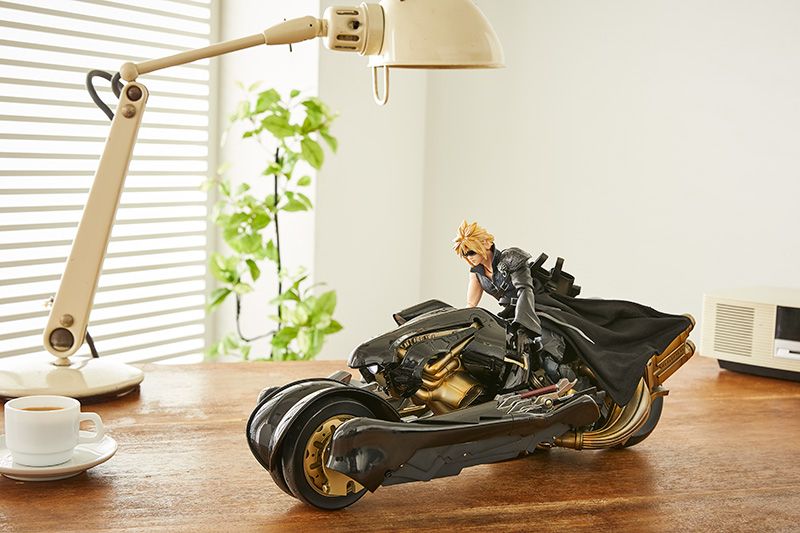 Pre-Orders are Live for Brand New Merch From Square Enix, Scheduled to Release in 2022

Square Enix has gone all out this year with new title releases, special events and even selling brand new merchandise, such as action figures, plushies, and acrylic pins from their most beloved games. Square Enix have merchandise from their top franchises, The World Ends With You, Final Fantasy VII Remake, Nier and even in celebration of Trials of Mana 30th anniversary. While some are scheduled to release in December 2021, most of the pre-orders are for 2022.

For all of our @ManaGame fans, check out this amazing new Riesz from Trials of Mana figure by FLARE. Available for pre-order on the Square Enix Store now! https://t.co/FBtK5YxBQl pic.twitter.com/pRrnVVZwvZ

Upon celebrating the Mana Series’ 30th anniversary Square Enix are releasing a  brand new action figure from Trials of Mana. Scheduled to release in August 2022, Princess Reisz in a fearless combat stance. Square Enix described their new model: “Riesz, the princess of the mountainous kingdom of Laurent, now as a scale figure based on the title’s key art. Skillful molding and detailed coloring recreate her noble and beautiful form as she wields her spear.” The full-height of the figure comes to approximately 25.5cm. The trials of Mana action figure has been scheduled to release in August 2022, however the dates are subject to change as just a number of weeks ago the schedule to release date was June 2022.

There has also been a significant amount of merchandise made for the Nier Series, all which include Nier: Automata, Nier: Replicant and Nier: Reincarnation. The most recent Nier series to be released, Nier: Reincarnation, have some of their merchandise scheduled to be released in September 2021, sooner than the older Nier Series which are scheduled to release December 2021 reaching through to July 2022. Pre-orders are live, however dates are subject to change.  The ‘Flight Unit Ho229 Type-B & 2B (YoRHa No. 2 Type B) from NieR:Automata’ , one of their most prestigious model kits that fans have been scrambling for is scheduled to release in April 2022. The Flight Unit Ho229 Type-B can be transformed into a mobile unit or flight unit by removing or exchanging parts, which makes that model quite unique in it’s own way. It allows for fans to recreate popular in-game poses from the flight unit. The kit also comes with a small model of 2B , she also comes with a number of weapons; Virtuous Contract, Virtuous Treaty, and her Pod. The model will require assembly and painting, which makes the kit all the more fun to play and interact with. Fans can choose to customise the model or paint it to match the traditional in-game aesthetic. The Flight Unit figure is 8.66 inches while 2B is 2.95 inches.

Some other Nier Series Merchandise include: Emil Face cushion, Acrylic stands for the Nier: Replicant characters, Nier: Replicant Statuette for the adult and young protagonist and a vinyl LP for a unique, new arrangement for Devola & Popola’s ‘Song of the Ancients’.

Some other notable mentions happen to be for Square Enix opening Live Pre-orders for various Final Fanstasy VII Remake models such as Cloud and his Fenrir motorcyle, FF7 Remake charging pad, FF7 Remake Door mat, a FF7 Remake action figure Sonon Kusakabe and a lot more.  The World Ends With You merchandise also includes: A Beat Action Figure, Rhyme Action Figure, Shiki Action Figure, Neku Action Figure and a Joshua Action Figure. All action figures have, (but don’t come with) a plushie doll as well. There are also some exclusive products from TWEWY for the ‘character’ Mr Mew, these include: Mr Mew Plushie, Mr Mew Slippers, Mr Mew Cushion and Mr Mew Necklace.

All of these can be found on the Square Enix online store.

previousSurprise Patch Update for Shadow of the Tomb Raider