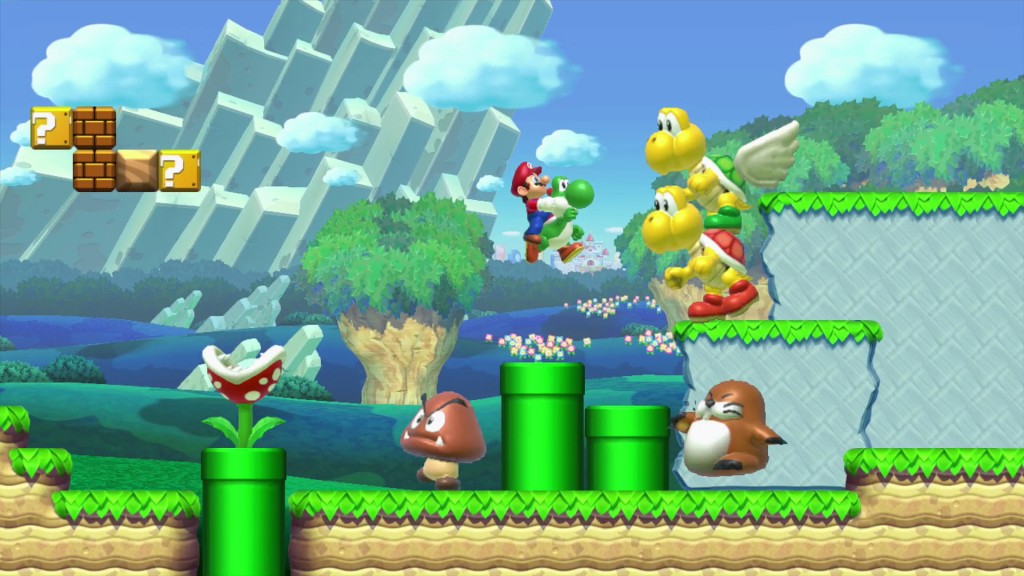 Nintendo’s favourite plumber is back with a whole new experience.

The Mario experience all fans have dreamt off is about to arrive in September, giving the gamer full control over what levels they play in… after all they are going to create them. Play a near-limitless number of creative Super Mario levels in the upcoming game, whether they are the 100 pre-built levels, the ones you produce or the levels that are shared from players all around the world. With the ease of using the Wii U GamePad controller to sketch out your levels, users can let their imagination run wild and produce some never-seen before levels that weren’t possible in the traditional Mario games. Super Mario Maker producers have thought of Mario fans over the generations and the game will consist of four different distinct themes throughout, containing different art styles and features from: Super Mario Bros., Super Mario Bros. 3, Super Mario World, and New Super Mario Bros. U. Part of producing the levels also involves the enemies and objects you bring into play. The game has all the classic objects, such as the blocks and pipes, and of course all the traditional enemies; Koopa Troopa, Lakitu, Piranha Plant, Bullet Bill, Chain Chomp, and it wouldn’t be a Mario game without Bowser. Not all original Mario games would give you the power to build a tower of 10 Goombas, make a Goomba wear a Piranha Plant on its head or even as crazy as a Hammer Bros. riding on Bowser while bouncing on a trampoline. This game gives the user full control and power, you check out the trailer for Super Mario Maker here. We can personally not wait to get building some crazy levels in this whole new Mario experience and you only have to wait till September 11th to get your hands on the game. You can pre-order your copy of Super Mario Maker here.

nextTrials Fusion - Play as a Cat riding a Unicorn in New DLC!