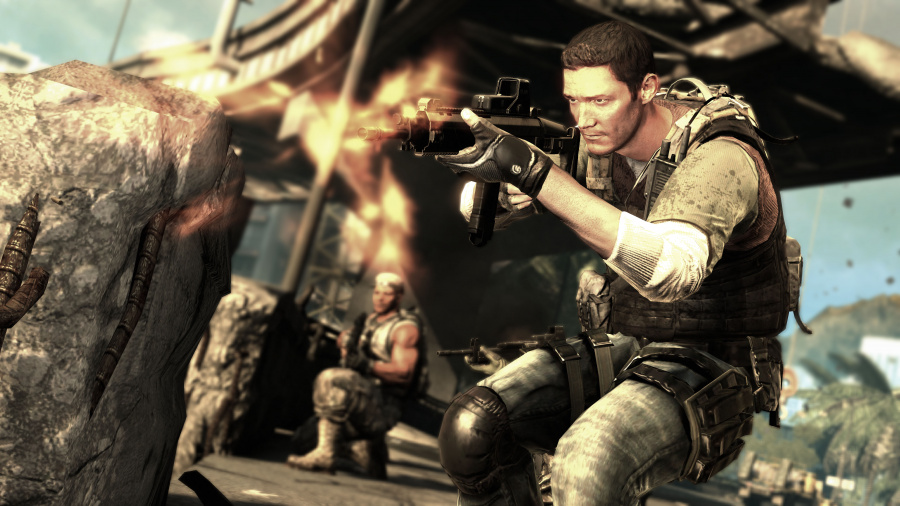 The writer of the Syphon Filter and Days Gone has spoken about wanting to make a new SOCOM game.

John Garvin, the creative director of Days Gone, was asked on David Jaffe’s YouTube show if there was any dormant Sony titles he would like to work on.

Garvin replied saying ‘SOCOM had such a huge following when it came out, it was always outselling Syphon Filter by like 2:1 if I remember right.’

‘It was just a huge, huge thing and when SOCOM creator Seth Luisi was running that group and they were innovating with the headsets, and they had all this cool stuff going on, I think a story-driven version of that kind of a game would be great.’

He continued to say ‘Here’s how you compete with Call of Duty, is you don’t do the big multiplayer mode. They’ve got that covered. But you know, Call of Duty’s story kind of sucks in my opinion and they’ve had some games that have kind of been pitched, or they’re coming out, like Six Days in Fallujah, that are ultra jingoistic.’

‘And I would love to see a combat game that’s based around an individual’s experience, because there’s been some really good movies that have come out.’

The first SOCOM game was launched in 2002 on PS2, which was one of the first games to use the PS2 Network Adaptor to allow online play. The series went onto create ten games, with the last being SOCOM 4 also known as SOCOM Special Forces, which was released in 2011 on the PS3.

SOCOM’s creator Seth Luisi previously stated that he had no interest in creating any more games. As he claimed ‘I have no desire to work on a SOCOM game ever again. Creating the original and working on all 10 of them was enough.’