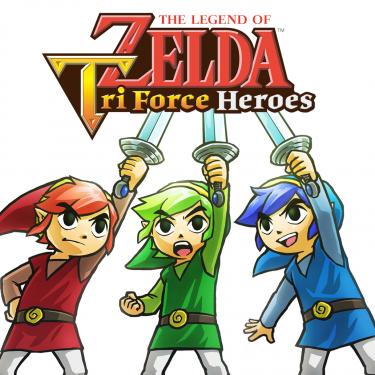 Why The Legend of Zelda: Triforce Heroes won’t let you play as a female

Zelda: Triforce Heroes allows you to team up with three other friends to ultimately conquer the dungeons in the Zelda universe. Although there may by three heroes and a whole host of different costumes to wear, playing as a female is not an option in the game.

The director of the game, Hiromasa Shikata, has stated in an interview that the game requires three male heroes, so there is no room for any female leads playable in the game. He has also stated that the story focuses on a prophecy, which was made with male heroes in mind.

“The story calls for this sort of legend/prophecy where heroes will come together to help solve a problem,” Shikata has said. “And in that, they are male characters. So, because the game is set with that as the story background, you cannot choose a gender; you are a male character.”

Shikata also stated that the developer doesn’t see a big problem with the choice, but there is still room for female characters to be invested in. “I understand what you’re saying, and just as general information, we do have a lot of female staff members who are playing this game and enjoying it. It doesn’t seem to be a big issue to them. They still are getting emotional investment in this game. And to be honest, Link isn’t the most masculine of guys in the world, depending on how you want to project yourself into the character.”

Do you think that female characters should be made playable in the game? Let us know!