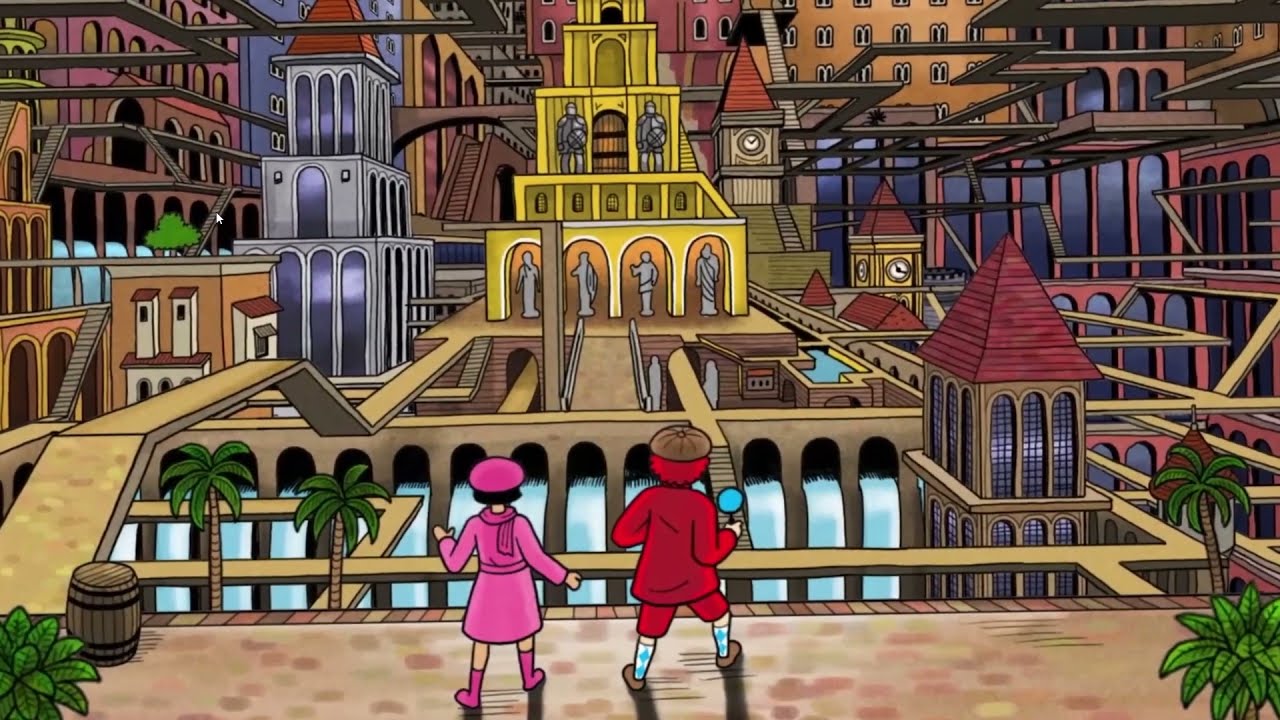 I’ve been waiting months for this release on Nintendo Switch and it’s finally here. Labyrinth City: Pierre The Maze Detective, developed by Pixmain and Darjeeling is a narrative puzzle game, inspired by the books. You could call it similar to ‘Where’s Wally?’ but an interactive version that has a interesting narrative.

The story starts of with a Phantom Thief named Mr X, who has stolen the Maze Stone and in the exact spot where the stone should lie, he left a note for the maze detective, Pierre.

“Dear worthless detective, I now have the Stone, The one that turns everything into mazes.”

And so, Pierre sets off on to solve this case, it is a big opportunity for him after all. The whole quest is fun and games heading around the city looking for Mr X…that is until someone at the Overlook Hotel, is murdered. It’s up to Pierre to solve these cases and bring it to a close.

Here’s some Gameplay, to put some of the world into perspective.

I can’t begin to say how exciting the plot is. It may seem childish however, this is the start of something that at least matches up to Professor Layton in some shape or form. Though it may not have the same gameplay, all the aspects that get me excited are there. A great narrative, interactive puzzles, memorable characters, endless interaction with NPC’s, side quests and puzzles! It’s a good mix for a game and this is exactly what I look for in a Puzzle Adventure game.

This perfectly hand drawn world, has so much happening and even brings statues to life. This makes you realise how much chaos is really happening when you read Labyrinth City or a where’s Wally book. The insanity brings life to the gameplay and the gameplay gives the player a unique experience.

This is playable on table top with the Joy-cons, Handheld mode and can be played while docked. I honestly would play this in handheld mode or while connected to the television, Both are ultimately fun and I feel as though this is another one of those games that were made for the Nintendo Switch.