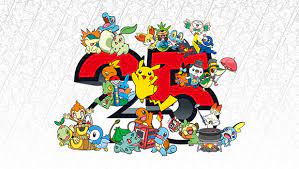 Last month, The Pokemon Company announced its 25th-anniversary set, Pokemon Celebrations, which will contain an all-new Elite Trainer Box, special 4-card Pokemon Celebrations booster packs, new foil cards, and more. It will feature callbacks to older types of Pokemon cards such as Dark, Prime, and Lv. X cards. Now new Pikachu cards have been announced to be joining the celebration.

The 25th Anniversary Collection will be released on October 22 in Japan, yet sadly it hasn’t been announced whether it will make it overseas.

Missed all the other Pokemon 25th anniversary announcements? Check here!