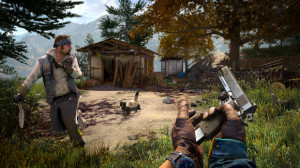 Ubisoft’s biggest games of 2014 are axed from Steam in the UK.
Assassin’s Creed: Unity, The Crew and Far Cry 4 are nowhere to be seen. Not even on Steam’s US site…

None of the aforementioned three games are available through Steam’s US store. Here is what was originally voiced in the first place:

Far Cry 4, Assassin’s Creed: Unity and The Crew will only be available to PC gamers in Britain via Ubisoft’s uPlay store. In light of this, a Ubisoft representative has voiced that the decision was not final.

“We’ve been in discussions with Valve about Assassin’s Creed Unity but for the time being the game is not available via Steam in the UK,” Ubisoft have said. “In the meantime, UK customers wishing to purchase the game digitally can do so by visiting the Uplay store, our retail partners or other digital distributors.”

Although the Steam editions of these games will not be available in Britain, they will still be able to be purchased digitally through GreenManGaming and uPlay.

The reason for these three games’ absence on the Steam website is unclear, though games do not tend to appear on the platform due to legal reasons. For example, back in 2011, EA removed some of it’s games from Steam over DLC royalty rates disagreements. As well as this, Steam owner Valve have run into a number of disputes in the past regarding EU law.

Keep your eyes peeled for more updates on this story!