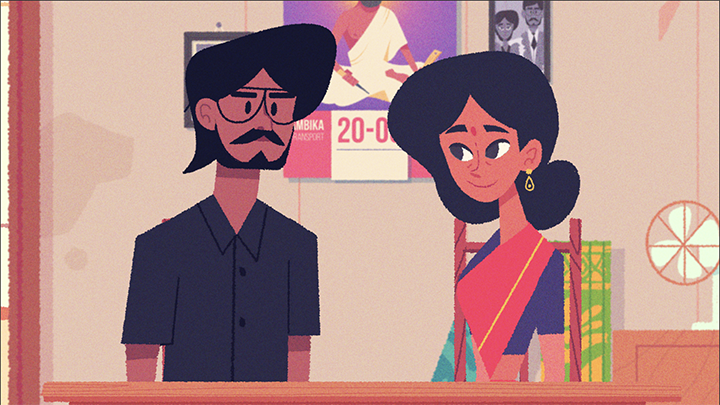 A look into Venba, the Narrative Cooking Game

At the Wholesome Games Direct 2021 in June, ‘Venba‘ developed by Visai games was showcased as a part of Wholesome Games live stream. Visai games have yet to come out with a official date for Venba’s release, but in the meantime we are able to view their trailer and keep up to date through their Twitter and Steam page about the Venba’s development, every step Visai Games takes us on truly feels like we are part of the family and the community.

What Kind of Game is Venba?

Venba is a narrative cooking game set in the 1980s, developed by Visai Games.  The main character is an Indian mother who immigrates to Canada, upon doing so, her recipe book gets damaged. Players will learn how to cook various dishes with the mother and restore old, lost recipes from the Indian tradition. The story delves further into topics such as relationships, loss and family. We get to learn of the cultural aspects that comes with Indian food and its dishes. It isn’t just your average cooking game, Venba is touches on topics to do with life, family and more.

It’s wonderful to have a Narrative cooking game that brings in the cultural aspect of the each recipe and ties it back to individuals who can relate to immigrating to a foreign country,  especially for those who weren’t born in their home country and may not know much about their ethnic background.

A little storyline to each recipe and every level is nice, we are not just learning how to prepare a meal, but we are also learning how food and love brings people together. 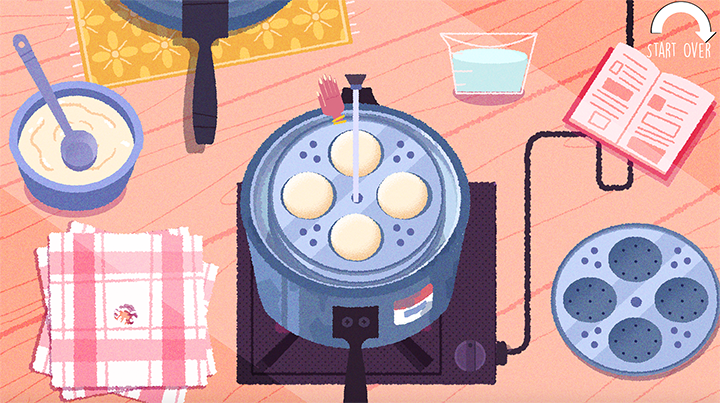 On Venba’s Steam page, Visai Games update those who have followed their wishlist and those who happen to come across the page to keep up with the game’s development. This aspect to their development, offers a real sense of love and community, in a way…makes us feel as though we are part of the journey, they hold our hand and take us through so we can understand more about the gameplay, the wonderful characters, such as Venba and Paavalan and the fantastic illustrations.

Visai Games’ most recent update for October features the dish Idli’s. Visai Games goes on to describe how Idli’s is made “from steaming idli batter (made from rice and urad dal) and are a prevalent breakfast staple in South India.” and continued to mention that it didn’t feel right to make a game about Tamil cuisine without adding Idli’s in.

This level in particular ties in with characters Venba and Paavalan who are concerned about their new life in Canada, wondering what the future hold for them. Visai Games mentions that the scene ties in perfectly with the choice of recipe and that they are excited for us to play.

If you want to read more about it, you can head over to Venba’s Steam Page!

If you enjoyed this, keep up with all the latest gaming news, competitions, future discounts, special offers and amazing content.

previous'Little Devil Inside’ The Breathtakingly EPIC Open-World RPG To Be Released on PS5, PS4 & PC