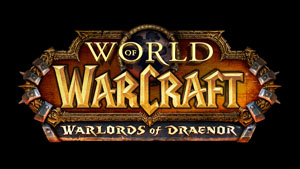 WoW’s Subreddit has returned after being taken down for a short period over the weekend by it’s top moderator due to a protest in server issues affecting the MMO, following the expansion’s release last week. In light of this, the subreddit is now back up but under the leadership of a new moderator, who goes by the name of aphoenix.

The moderator (nitesmoke) decided to set the page to private until he was able to login to the game, which was taking a while due to server strain resulting in long login queues. As you can imagine, with some of the page’s fans, the taking down of the subreddit was not taken lightly. Some said that nitesmoke was being childish and spiteful.

“Nitesmoke made a mistake. It was a big one,” aphoenix wrote. “I’m going to simply ask that you stop trying to get back at him. It’s over; he’s not on the moderation team here. Nobody here is on board with how he handled the situation. We will not handle the situation in the same way. Nitesmoke has apologized (to me, and through me, to you), and I apologize as well.”

“I’m not trying to sweep anything under the rug; I’m trying to put out the right message,” aphoenix added. “I think the right message right now is ‘Things got messed up. We understand that. Nitesmoke made a mistake. We’re working at setting things right.'”

I hope this has answered some of your questions if you were among the many struggling with the game over the weekend? At least it’s all sorted now!