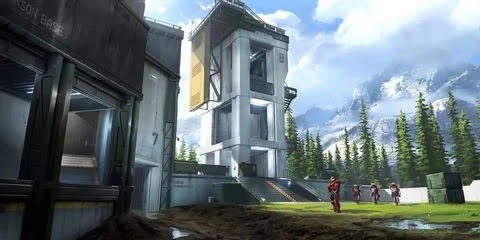 Joseph Staten, Head of Creative for Halo Infinite, hints towards the possibility of the Halo series’ old maps returning to Infinite.

Having a rocky launch for multiple reasons, however even with such a rough beginning the community still wish for the game (and the franchise) to prevail. The series has been a core part of the fans’ memories, whether its from one Halo game or another. And Infinite’s Head of Creative, Joseph Staten, has hinted that the team may try to tap into that nostalgia.

Staten, who participated in the Kinda Funny Xcast recently, was asked by the host Parris Lilly as to why 343 was not mixing more classic content from the series with new updates for Infinite. The team weren’t expecting a response to this question, but Staten surprisingly stated that he thinks “there are a lot of maps that are awesome” in the older games, and it would be “awesome to play on those maps again.” There are no guarantees as to whether or not this will be acted upon by bringing back old maps, however he does jokingly state that bringing back classic maps would be a “fun thing” and would mark such a possibility in his notebook.

This statement should come with a grain of salt, as Staten isn’t making an official announcement in this podcast. However, this doesn’t make the possibility impossible; The casual response instead of shutting the conversation about the idea seems to add to the possibility that this can indeed happen. It is not a guarantee, and as such all the information given at this podcast should be treated with a grain of salt to not heighten expectations too much incase of any fans dissappointment if it does not happen.