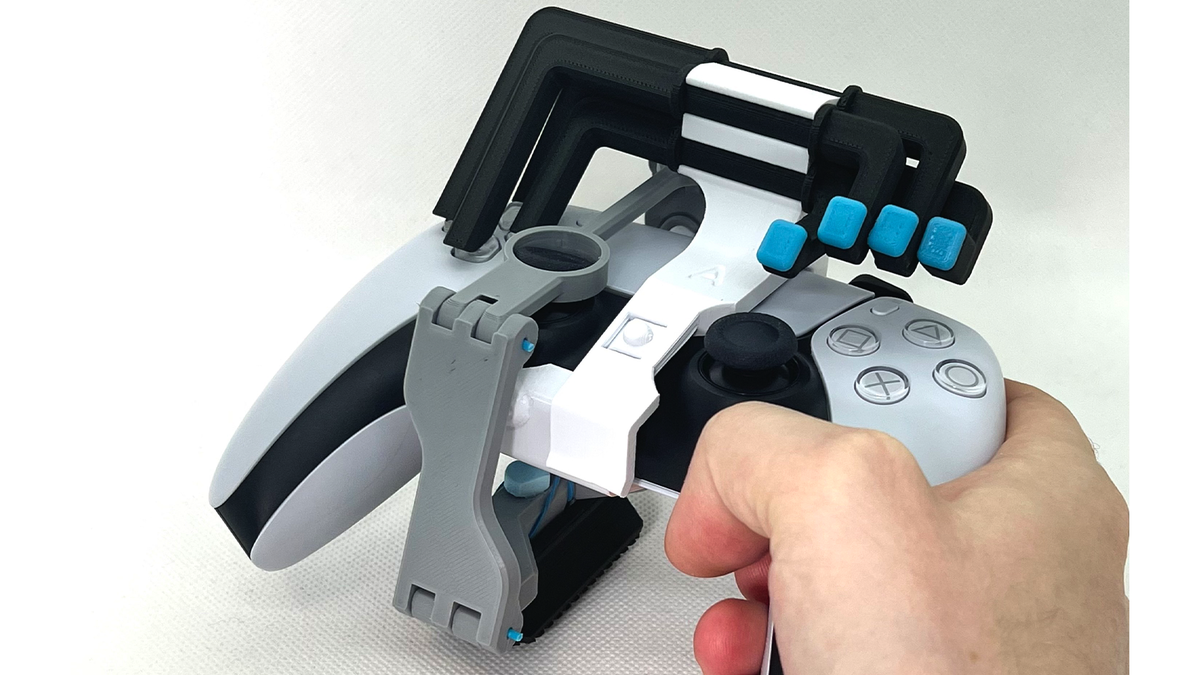 Easier gameplay for a larger controller (by Sony standards)

Some players have found it difficult to use the PlayStation 5 DualSense controller. It is much larger and heavier in comparison to its previous counterparts. Although Sony hasn’t released an official counterpart to Microsoft’s Xbox Adaptive Controller, some folks are trying to make it easier for others to play PS5 games.

YouTuber Akaki Kuumeri designed an adapter that allows players to use the DualSense with one hand. The 3D-printed attachment snaps onto the left thumbstick. When it’s placed on a surface (or one’s thigh), physically moving the entire controller will move the thumbstick. The L1 and L2 buttons are replicated on the right side of the controller.

There’s a second, optional attachment that offers inputs for the D-pad as well. So, save for the Share button, players would be able to use the entire controller with one hand.

The adapter could also prove useful for gamers who don’t typically have issues using the DualSense with both hands. In a video, Kuumeri demonstrates the ability to play It Takes Two, a co-op-only game, solo by using attachments on two controllers. The attachment could also give players a way to munch on a snack or enjoy a beverage without having to hit the pause button.

Kuumeri’s design won’t mitigate all players’ accessibility issues. Moving the controller around physically may get tiring, or they may not have the dexterity to access all four shoulder buttons with one hand. Still, the attachment could afford many more people the chance to play games like Ratchet & Clank: Rift Apart and Returnal — as long as they have access to a 3D printer.

Kuumeri submitted the adapter to a contest for designs of one-handed controllers. You can download the files and print attachments for personal use.

nextGenshin Impact was the most tweeted about game of 2021