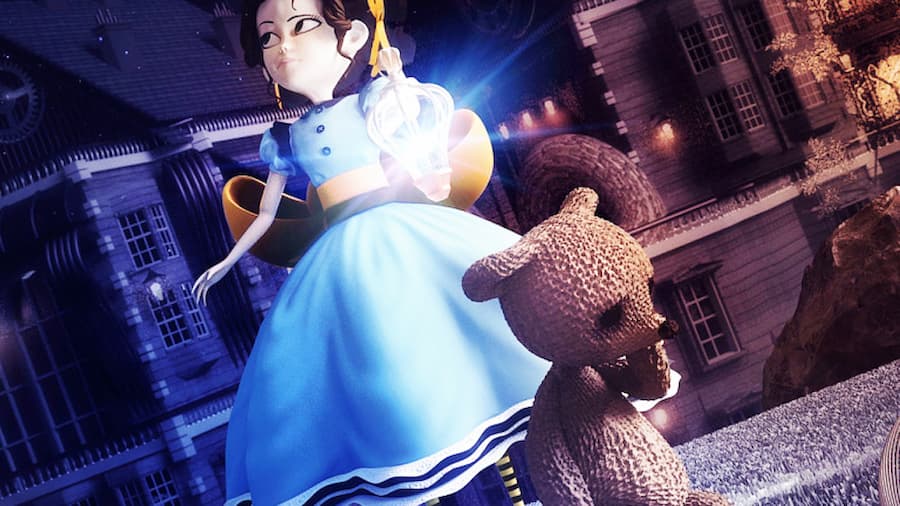 Tandem: A Tale of Shadows is like Coraline & Monster House had a Kid

This isn’t the first action-adventure game that plays around with perspective, but it’s not Paper Mario The Origami King, Superliminal, Little Nightmares or Little Nightmares II. This game plays around with perspective in a different way and combines their puzzles with reflex, speed, changes between 2D and 2.5D and has multiple stages in each Chapter to get through. Every Chapter has a floor that you need to get through and each floor has a boss. The eerie vibes suit the Epic Mickey and Coraline world the most, that is the best way to describe it. So What is this mysterious game? Tandem: Tale of Shadows.

What is Tandem Tale of Shadows?

Tandem Tale of Shadows is an action-adventure, puzzle platformer game, developed by Monochrome Paris. Set in what seems like early 19th century England ( The Victorian Era). A child by the name of Thomas Kane has gone missing and without much of a trace…so a young Teddy Bear that had fallen out of the Kane family carriage, comes to life and has decided to team up and discover the truth by visiting the Kane family mansion and investigating. I suspect that the Teddy belongs to Thomas Kane, but may have been previously dropped and picked up by the family members along the way and then thrown out onto the street…what do you suspect? Watch this trailer and let us know in the comments.

Discover our exclusive story trailer and meet Emma and Fenton at the very beginning of their epic investigation, in #Tandem: A Tale of Shadows

This fall on Steam and right NOW on you wishlist ▶︎ https://t.co/xn6XVIk66O pic.twitter.com/ycDDdEpwwv

The Epic Games store has also decided to support the release of Tandem Tale of Shadows as well, here’s their description from their website. “Thomas Kane, a famous kid, has mysteriously disappeared. Forsaken by Scotland Yard, Emma and her faithful teddy bear Fenton decide to resume the investigation. They will rummage The Kane family mansion from top to bottom as the place is now shadowy and spooky, deserted by the desperate parents. Will she uncover the truth in time?”

Epic games store goes into further description on the type of game being published “Tandem: A Tale of Shadows redefines the puzzle-platformer genre with unique gameplay and exceptional aesthetics. Help Emma and the teddy bear Fenton solve the mystery of the disappearance of the famous magician Thomas Kane.”

Check out Tandem’s jaw-dropping visuals and the chiaroscuro dimensions inspired by Tim Burton. Use light and Shadow to guide Emma and Fenton past sinister rooms in the Manor of the Kanes.

Tandem: A Tale of Shadows releases in October 2021! pic.twitter.com/hgG8T49nJn

Epic Games store has confidence that Tandem Tale of Shadows will do well, I also have the same thoughts. Those who enjoyed Little Nightmares, Lost in Random, Little Misfortune and many other fantasy-horror favourites, may pique the interest of those fans.

What Platforms will Tandem Tale of Shadows be released on?

When will Tandem Tale of Shadows be released?

The 21st of October is the date of release that has been confirmed on the PlayStation blog, however that could change as the Tandem Tale of Shadows Twitter page does not give an official date of release and rather gives the month, OCTOBER. So perhaps we could see the release a little later or if being blessed by the gods, earlier than the 21st of October. It’s perfect, in time for Halloween. So why not get your detective on? Step into a tentacle living mansion if you dare.